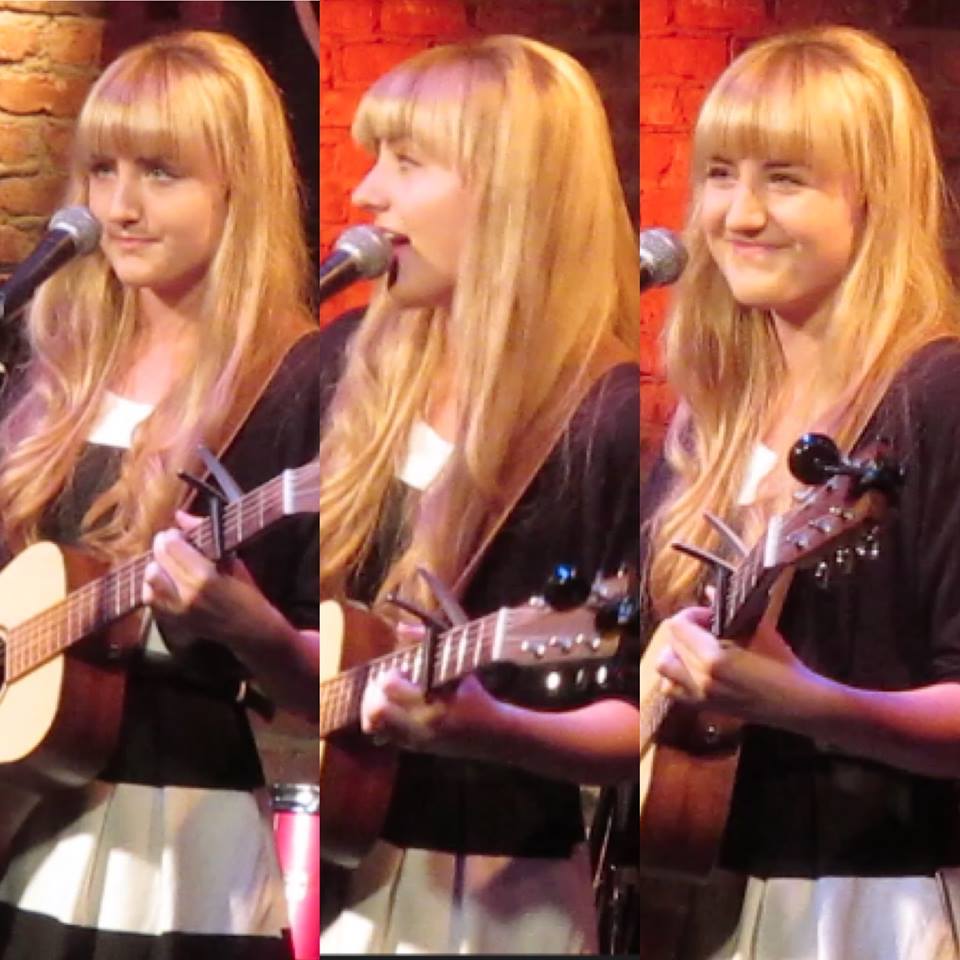 Chloe Collins is back

Chloe Collins is a teenage singer/songwriter/musician. Chloe started singing when she was just a toddler, people took notice, and she has never stopped. When she was 8 she learned a few guitar chords to a Hannah Montana (Miley Cyrus) song that she liked and wanted to learn how to play herself. She took to the guitar quickly and in just a few weeks was singing and learning to play songs by her idols like Taylor Swift, Ed Sheeran and Katy Perry. Soon Chloe started writing songs, and then started performing at talent shows and coffee houses. She’s really a fantastic budding songwriter with a bright future. On her new EP, “5 @15” she reaches down deep for an excellent release.

The five songs contained on this EP are top notch tracks, all written and performed by Chloe, with guitars by her and programmed by producer Mikey Reaves with additional guitars by Reaves and Taylor Ivey. The opener contains the almost folkish vibes of “All Over Again,” which narrates a tale about a good time and how she wishes it weren’t over, but would do it again. It’s a classic mixture of country and pop, saving the rock for later. This is simply a very accessible track that would sound good on a variety of radio stations. The chorus comes back at the end and nails it one last time, hence reliving the title. This is not only a great song, it would sound cool done by a number of various artists I can think of. It’s somehow that crossover. Just a slice of country and pop perfection. One listen and you’re hooked on the track and begging for more of Chloe. Track two “Rearview Mirror” might even be a better track, but if so it’s only by an edge. It deals with leaving town and wanting do bad that you can taste it in the mirror while looking back as you move onto greener pastures. It’s not necessarily better, but it holds its own alongside it anyway. It’s not easy to nail this as anything but a monster track. The tonal qualities of her voice are so well delivered you would never think it was coming from a 15 year old. Age doesn’t matter when it comes to talent, as I like that of the 70 year old as much as the teenage variety. But this is done so well you’d think she was singing for 25 years already. This is not the sound of your average teenager, it’s more like the voice of an old soul. “Forget Your Name” sounds like the typical teenage break up song, but it’s actually nothing typical at all, but she reminds of Taylor Swift here, and if that is an influence it’s pretty easy to pick on the overall essence of. This has hit written all over it, one that would fair just as well in country as pop circles, and even jumps into the easily listening and soft rock ponds. The guitars are sharp and vibrant here as well, as they take an opportunity to shine. It’s about departure at the end of the day, and you get some great teenage wisdom, almost as if it’s sung for future purposes and warning others not to get involved before you’re in too deep. It ends with her adding a fantastic “Ha!” If that isn’t a display of maturity I don’t know what is, it really tops the track and you know she means it. The ballad factor creeps in on “My Goodbye” and we are treated to a song about forgiveness, and although this is a compelling number, it has its lesser exciting moments as well. I still rate this EP without flaw, and that is actually helped on this track, rather than hindered. This tune is the overall weakest of the five, but all five are so strong it really serves as a breather moment, a chance for Chloe to relax and let the lyrics do the talking. I’m just not as blown over by this one as much as the rest, but it’s only a small gripe concerning all to be enjoyed on “5 @15,” as it appropriately drags into the final moments of the EP. I’ve listened to this enough times to find it the only track low on energy as well, but it’s not even that, she just sounds slightly uninspired but the subject matter absolutely calls for it and one thing is for sure, you believe Chloe.

The disc closes with an amazing return to form, only this one goes the pop distance and would crash any party or dancefloor. “New Nightmares” is a dark but playful track with more musical variety than the others. Pop and rock dominate the otherwise country style of the songs here, almost stripping away any hint of country in the artist. I love this, it has one of the best vocals of all the tracks, and a lighter handed vibe at the same time, going where none of the other tracks manage to go. It seals the whole EP for me, as it equally contends with every note to be found on “5 @15.”