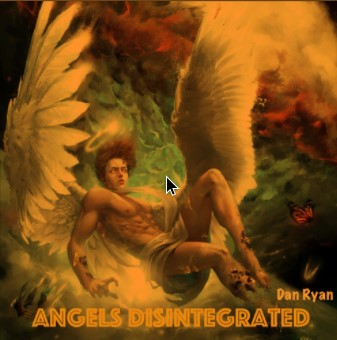 Releasing a number of compelling compositions over the years and working towards changing the world in a positive way, emerging band Beer and Flies are bringing something new to the musical world.

Ludlow, Herefordshire – October 10th, 2021 – Up-and-coming band Beer and Flies is a massive force to be dealt with in the world of music. Being into music for years now, the band has gained the experience and skill set required to make it big in the industry. With the release of their brand new album titled ‘Angels Disintegrated’, the band is hoping for their sound to reach thousands of people and make them admire them as artists of this age.

‘Angels Disintegrated’ consists of a total of 8 unique and mesmerizing tracks. With a few instrumentals and a bunch of melodious tunes with catchy beats, the album is set to latch onto the hearts of music lovers and leave an everlasting impact on them. All the tracks, being completely unique in their own special way, revolve around a common theme of music simultaneously. These tracks include “Toxic Winds (Instrumental)”, “Look at the Sky”, “Ironclad Freedom”, “Good People”, “I’ve Got the Aces”, “THREE DEATHS OF A NUCLEAR EXPLOSION”, and “In the Eyeballs Borrowed From Dali” Part I and Part II (“For Our Sins” and “Angels Disintegrated”) . Expanding to nearly an hour worth of songs, the album is truly a work of art. What makes Beer and Flies so incredibly unique as a band is that it is virtual band as opposed to a “real-world” band. Existing in the virtual reality, the rising band consists of legends and heroes from the fictional world. Having brought together by Beer and Flies, these band members are some of the best musicians in the world. Apart from composing outstanding music for their fans to enjoy, the band is also embarking on a tour of the globe.

In the band’s never ending generosity to both fans and auxiliaries alike, they have taken on the services of a wandering pen for hire, who compiles the adventures of the crew, faithfully detailing their every compositional move and adding to the dimensions of virtue with a complete collection of their tour, leg by leg. Having members on board from different parts of the world, Beer and Flies is one of the most diverse bands in the musical world. From Texas to Miami, London, Las Vegas, and New York, each member has come from a different part of the world to bring about this incredible collaboration.

Check out their Music

About
Beer and Flies is a group of world leading pirate Kings and Queens that are piloting the globe with the hottest tracks and the best parties to lift you into the realms of legend.