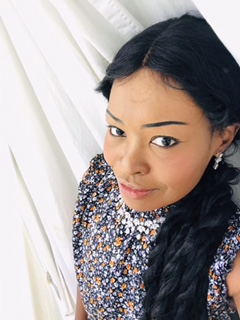 Using her immersive, captivating, and melodic musical compositions, Judith Snow is sharing her stories with the world, while laying the roots of her organic musical trajectory

Orlando, Florida – November 8th, 2021- Changing the landscape of Alternative for women in music, Judith Snow is rising against all odds to share her musical brilliance with the world. Using emotive, expressive, and original song writing, the artist presents listeners with a ‘label-free, organic’ and independent voice, touching upon several relatable themes.

Her stunning discography includes the single, “Saving You”, which posits the tough scenario when you are at a crossroads and faced with two choices, not knowing whether you are going to do right or wrong. Guiding the new generation with crucial life mantras, Judith Snow hopes to inspire listeners to mold their own destiny and liberate their minds from any control- embracing and accepting their own selves.

The stirring artist hopes to create a name for herself, with the release of her dynamic fourth album, “The Uncontrolled: Goodmorning Quaal!” in July 2021. Having independently crafted the lyricism and song writing, Judith Snow’s newest release is a breath of fresh air, breaking away from mainstream musical styles. Complemented by the musical insight of Luciano Bove and Al, Judith Snow’s album highlights the bitter loss of love and friendship in betrayals, and the cruel reality that they leave behind.

“The Uncontrolled: Goodmorning Quaal!” focuses on a range of different emotions, driving listeners to fully lose themselves in the soft, melancholy moments of life, while also uplifting them towards ebullience.

“The Uncontrolled is a monster. All of my albums are my children; therefore, I now can say have a total of 5 children altogether, and this one is the ultimate beast”, says the talented artist regarding her new musical release.

Stream, listen, download, and buy Judith Snow’s newest music, and help spread the word regarding her stunning musical compositions. Follow the artist on Spotify, Facebook and Twitter, and stay up to date with new releases. For interviews, reviews and collaborations, feel free to reach out to the artist via email.

Judith M. Snow is an eclectic independent musician, singer, and songwriter who hails Orlando, Florida. Born in Savannah, Georgia, Judith has had a varied childhood experience, being raised in both Garnett, South Carolina and Estill, South Carolina. Born in a musically active household, with both her grandmother and mother being seasoned vocalists who mastered the piano and organ, Judith always knew she had to embrace her skills at singing and understood from an early age how to read, write, and bring music to life.

Stepping into the industry formally, Judith Snow unveiled her first R&B EP in 2005 called, “Eni Mini Mighty Moe!”. Wide acclaim and motivation from the support of her fans and loved ones led to Judith independently writing, engineering, producing and releasing the records “Possessed” in 2009, “Another World” in 2010, and “Speak Softly” in 2013. Since then, the artist has gone on to produce 4 full albums and 2 singles, including her latest, “The Uncontrolled: GOODMORNING QUAAL!”, which she released in 2021.