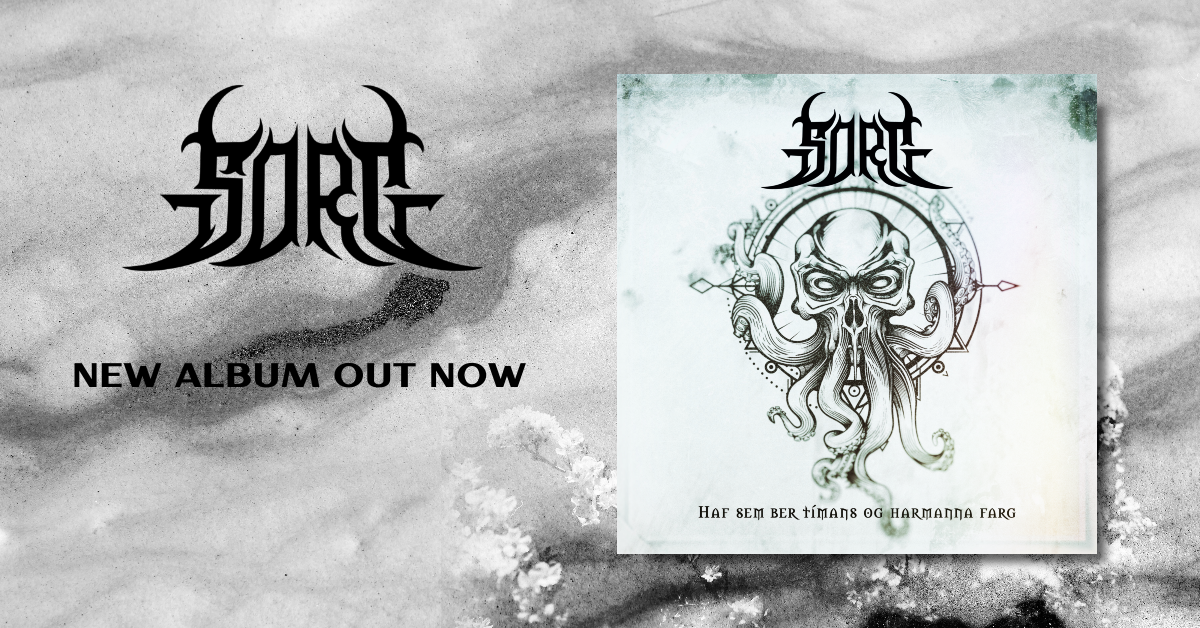 Composing back to back albums and doing it with finesse, the rising band SORG is well on its way to take over the world of music with the help of its unique and astounding music style

Hveragerdi, Iceland – June 28th, 2021 – SORG is a band based in Iceland which has incredible expertise in the world of metal. They are all set to release a brand new album titled ‘Draugar og Vættir (Ghosts and Creatures)’ on October 25th, 2021. This will be the band’s third album, and with its release they are hoping for their evolved and matured sound to reach metal fans around the world.

Heavily influenced by the Icelandic culture and heritage, the album is a bridge between modern metal, thrash metal, Scandinavian metal, and black metal. The influence behind the sound has been drawn from a whole lot of metal genres, making the album a product of pro and outstanding skills of mixing and blending. The overall concept of the album is a Sea story. It’s about struggle, courage, and bravery. The story follows a young boy’s journey on the sea, being all alone on a ship in the North. Being a vulnerable boy, he learns and evolves along the way, becoming a man. From themes of hope and glory, to shipwreck and disasters, the story covers every aspect of an individual’s journey for survival. The album, heavily based on the theme of growth, consists of a total of 8 tracks. Mýrmann, the mastermind behind SORG, played all the instruments and vocals on the album, except drums. From the writing process to getting down in the studio for recording, mixing, and mastering, all of it was done by Mýrmann. The guitar on all the tracks is played by Ari Hardarson, a member of SORG. Arnaud K made the drum tracks.

SORG is an extremely unique band when it comes to producing music and putting out songs that completely stand out from other similar acts. Their sound consists of dark and atmospheric themes, often painting cold, melodic, and gloomy scenarios. That’s one of the reasons why so much artistic individuality shines through their music. Besides this new album, there are other two albums released by the band previously, following similar themes of dark metal and alchemy. This new album is sort of an upgrade from the previous two due to the growth and maturity of the band with time. Their sense of creativity has matured and so has their sound, resulting in them getting better at their craft and producing better music overall.

Check Out Artist
Call to Action: Visit their Website and Social Medias

Emerging band SORG is a metal band based in Iceland. The main man behind the band is Mýrmann, who describes SORG as his brainchild. He is an Icelandic painter, musician, and philosopher. He draws influence for his music from a variety of metal genres and disparate rock. His sound contains his interest in Folklores, Alchemy, Romanticism, History, and Philosophy.

The band has released two albums so far with the third one releasing in October, 2021. The first two albums are called ‘Kveður norna kalda raust (The cold voices of the witches)’ and ‘Haf sem ber tímans og harmanna farg (Ocean that carries the time and mourning loss)’. Both the albums are available on every net media. The band will be announcing the live lineup soon.