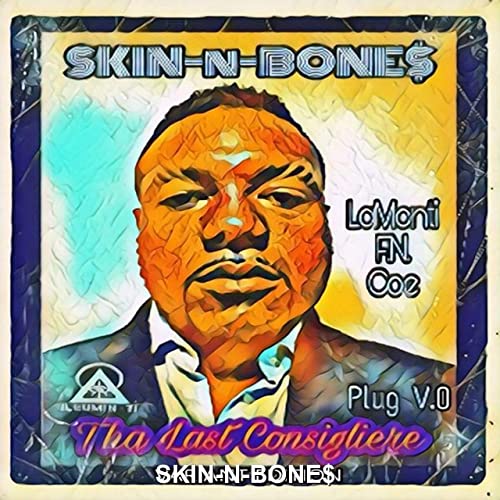 With viral compositions released throughout his career and a lot more underworks to be released in the coming months, rising artist Skin-N-Bone$ is all set to emerge as a top artist of this era

Near Indianapolis, Indiana – October 26th, 2021 – Up-and-coming artist Skin-N-Bone$ is a massive force to be dealt with in the world of music. With years of experience drafting original mumble style rap, singing tunes and possessing excellence in various musical elements, the talented artist really knows how to play around with different tunes and come up with something unique weather on a high end or low. Skin-N-Bone$ released his brand new album titled ‘Ogskinnbone$’ on March 5th, 2021 . Which comes off as a catalog of previously unreleased or vault style cuts in a self leaked fashion .

With the release of the album, the dedicated artist is hoping for his matured and evolved sound to get out there in the world and bring Rap Singing  fans towards more of his music. While already being internationally re-known with a lot of worldwide appeal, Skin-N-Bone$ is looking forward to attracting more music enthusiasts towards his vast array of sometimes ”Trippy /Drippy Drill – Rap Singing Soul” music as he doesn’t allude to stopping. He wants more and more people to appreciate and admire the focuses of his original ”Basement Rap-Rnb, G-Punk” sounding music and, as a result, come out on the top amongst other artists of the same genre that wasn’t all that really recognized when he first began to break thru as one of the earlier Indie Mumble+Rap singers  . All of Skin-N-Bone$ music is available on most major music streaming platforms including Apple Music, SoundCloud, Datpiff and more. Some of these songs include “Blaze On U”, “Black & White Squares”, “Feel You Up”, “Voodo”, “Everybody”, “Paradise_X”, “I Had 2”, and more. Getting uploaded on SoundCloud 3 years back, these songs are a glimpse of the old sound of Skin-N-Bone$. The artist has continued to master and mature his sounds and perhaps aspects of his outlook through the years and no doubt learned a lot through his experiences and journey, evolving his sound into something that is liked by the newer generation. His album ‘Ogskinnbone$’, consisting of a total of 14 original tracks, is living proof of this developed and ongoing sound creating sensational yet thought provoking vibes in certain instances.

Skin-N-Bone$ was initially at one point in his musical lifestyle was a part of a indie band where he stuck to one musical style, eventually evolving in different eras of rock genres and sounds pretty fast. What makes him extremely unique as an artist is his ability to merge different styles into something completely original and creative of his own. This approach enables him to find his own direction and stay true to his path. Skin-N-Bone$’ main sources of motivation are the punk, art, and charitable corporate communities, whereas he drives his inspiration from Mysticism, Science, and The Light. Skin-N-Bone$ is looking forward to continuing his musical journey and evolving more as an artist, man and dad expanding his horizons. in a little Q & A here’s what we find out.

Q. How do listeners feel when listening to your music?
A. Most of the time they either absolutely luv it or really hate it. lol
That’s definitely how it was , when I was doing the lil band thing part of my life living. My band and I would perform when we evolved in different eras of rock genres and sounds pretty fastly. We always had that Gangster/Thug/Punk Rock twist with the bluesy thing happening, so i’m pretty sure each culture of individuals were affected differently. lolbvs
Q What makes you or your music unique?
A. Its and Al Magma of my cultural upbringing budoo , hoodo and what i loved and still do about certain eras of sound. If that makes sense lol
Q. Motivations?
A. Stuff Like this in your company  ….The Light from the strong major and little people around me .
Everybody is someone to somebody when they follow this light we have within.
Hard Rock & Blues, Rap-Singing from old to new, Style , fashion, Afro Punk women, the Metro Community,
the punk communities, the art communities as well as the Charitable Corporate communities
Q. Beliefs?
A. I very well and goodly dislike the word beliefs. I prefer culture and that’s express a lot thru our music
Q. Inspirations?
A. Mysticism, Science and The Light once again of old & all things.
Q. Goals?
A. Lol To Be Continued!
Q. Future Plans?
A. Lol Refer back to —To be continued na just playin but really ,
better myself as a Dad and be the best Moreno La Raza
I can Be! in the communities i find myself going to or becoming apart of

”All Hail Enlightenment and Oneness too for All”!

Check out his social media

Well-known singer, lyricist, and producer Skin-N-Bones a.k.a. LaMonti F.N. Coe hails from the Midwest and has an affiliation with BTNH via a subdivision known as Q-loco Famila and long time mentor and producer, Dj Dre Ghost, who produced the fifty million worldwide selling record Da Crossroads.