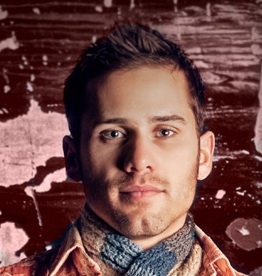 Ohio, that is the place those kids from Glee hail from on the hit Fox show. They sing popped out versions of the latest and most popular songs. Ohio, that is the place where Andrew Varner hails from as well. Unlike the kids from Glee, he chooses to sing his own songs, like the ones that can be found on his latest EP Shades of Red. It is a pop record that has a more mature sound, think about the music one could hear dominating Vh1, and there you go; Andrew Varner. Let’s Go Somewhere talks about home sweet home, but has a sense of adventure in between every line, while They Don’t Know has a Panic! At The Disco, Pretty Odd era, to it. Give Me a Reason is piano driven and Sleepwalkers Dream is something you would be likely to find on an album by The Script. Andrew Varner is not a pop artist like One Direction or Carly Rae Jepsen, he is more for those who have a drivers license and can vote; adult contemporary pop, much like Phillip Phillips and Kelly Clarkson. Check out Andrew Varner if he sounds like the kind of music you would want on your iPod. (www.andrewvarnermusic.com)