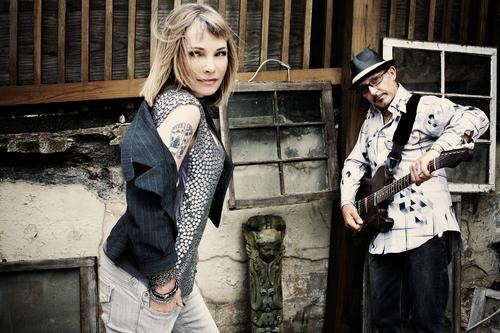 This isn’t the first single from the collective Astronauts of Antiquity (Feat. Deploi) but this is likely the moment when they move from semi-obscurity into a higher profile position as one of the music’s scenes most talented and thought provoking acts. “Paradise” is a perfectly tailored and timed screed against the evils of Monsanto and other conglomerates threatening the earth and its people in the name of profit, but it goes one step further. Such screeds are, often times, musically simplistic or inert vehicles for moralizing songwriters, but that isn’t the case at all here. Astronauts of Antiquity prove, from the outset here, that they possesses superb musical instincts that enliven their verbal attack with melody, surprise, and physicality. This New York City based collective recruited the services of House of Vibe rapper Deploi for this song and his contributions elevate it from an arty piece to something much different – it’s equal parts cultural commentary and pop dance number.

Deploi’s vocal is the song’s crowning achievement. This isn’t a particularly personal song confesses inner weakness or sorrow, so Deploi isn’t particularly beholden to needless emoting. Instead, he pursues the lyrical ideas like a dog ferreting through the dirt for a bone and his steely-eyed focus blows open the track in gripping fashion. He never overplays his hand either and, instead, focuses his attention on marrying his lines to the song’s steady backbeat and heavy pulse. His work is interspersed by India’s higher register vocals in the chorus and its steadily increasing effects that twist the voice to the edge of pure lunacy. It’s a marvelous effect that dovetails neatly with the choruses’ lyrics. The pacing of these changes is another dramatic effect for the song – Astronauts of Antiquity know how to construct melodies and weave it with a spartan rhythm section attack that holds listeners from the first notes onward.

The song’s instrumental array doesn’t include a vast selection of unusual and usual suspects, but instead centers itself around the clean rhythm section work, occasional unobtrusive guitar work from B. Rhyan, and alternating keyboard and synthesizer lines. Despite the post-production touches evident throughout the song, it never overwhelms the organic experience defining the track’s final, lasting effect. Astronauts of Antiquity push the envelope in a number of subtle ways without ever losing touch with the base fundamentals that make such tracks work rather than sounding dogmatic.

We need music like this today – music that delivers a message without ever forgetting that popular music’s first mission is to make people move rather than merely making them think. The sonics and ideas hold equal footing here and the performers driving the composition to its inevitable conclusion exploit its strengths in interesting and inspiring ways. Astronauts of Antiquity’s “Paradise” is modern protest that never bores thanks to the prodigious talents of its composers.