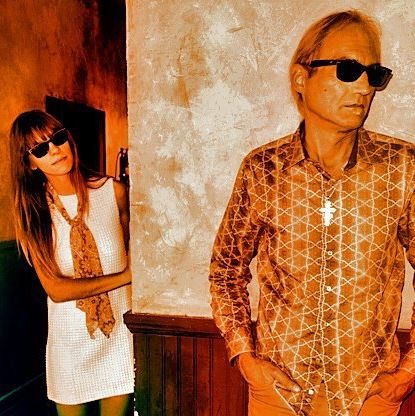 There is a hard edge present in AV Super Sunshine’s latest single “Are You Ready?”, but there’s likewise a focus on melody that gives the track a distinct commercial tone. This commercial tone never signals that the duo is pandering for attention – instead, it plays like a natural outgrowth of their creative vision and they move between styles with fleet footed skill quite unlike anything else you’ll hear from their peers and contemporaries. The transitions are pulled off with smooth aplomb and, despite this being an obvious studio concoction, “Are You Happy?” is unlikely to strike listeners as unduly artificial or overly plotted out. Instead, it has a rambunctious nature feel that sinks its teeth into your imagination from the beginning.

There are three distinct mixes for this release – the radio mix, along with a club and rock mix of the track. The radio mix definitely comes as advertised – it is a track tailored for radio play across a vast array of stations and its length, a little over four minutes in all, is ideal. It highlights AV Super Sunshine’s mix of rock and electronica at its near zenith and the pulsing synthesizer fueled melody running through most of the tune provides a hook radio listeners will be hard pressed to ignore. The vocals feature band member Philomena’s voice artfully weaving around the lead vocal and the persistent refrain roots the song’s title in your consciousness with its insistent repetition. There’s, likewise, always an edge of attitude percolating in the lead vocal speaking to the band’s rock influences.

AV Super Sunshine’s songwriting talents are largely musical, but the lyrical content isn’t merely an afterthought. Instead, I enjoy the lean writing filling the song and the directness it uses in addressing listeners. There is no dross or fat attending the musical arrangement and the same commitment to economy extends to the words as well. The drumming is another musical highlight of the radio mix – despite the heavy electronic presence in the song, the drums have the crack and snap of live percussion and Michael Bradford’s production skills add another dollop of magic to an already glittering example of modern music’s possibilities.

The rock mix is stripped down to its essentials in comparison. Keyboard replaces synths as the mix’s sole concession to electronic touches and the guitar has a more pronounced presence. The rock mix also affords the band an opportunity to lean more heavily on their vocal prowess and the aforementioned attitude in the lead, as well as Philomena’s outstanding backing vocals, are illuminated in a much clearer way. The club mix has a duration of just over six minutes making it great for a club setting, but obviously a little too lengthy for radio play. It centers its attention much more on the rhythmic possibilities of the song, as a club mix should, and takes its time evolving, thus contributing to the running time.  This is another powerful example of the “modern classic rock” AV Super Sunshine aspires to deliver to audiences today and likely ranks as one of the best tracks included on Candyland Vol. 1.