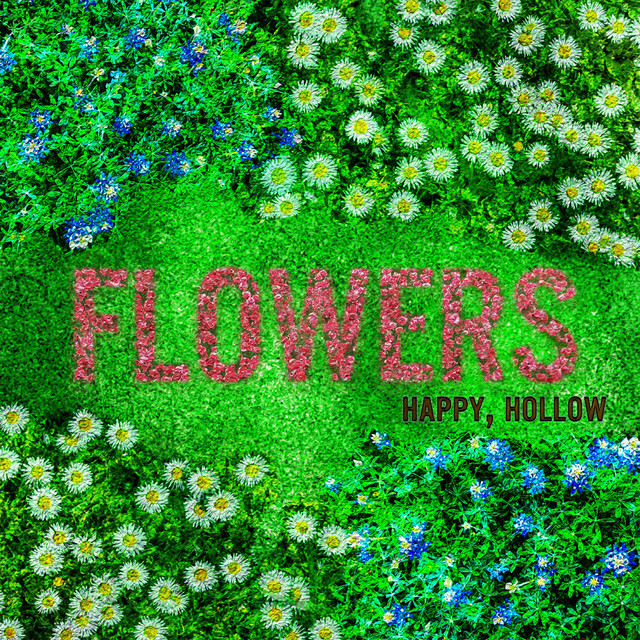 Alternative pop fans who are in the mood for a smart groove need to make a point of hearing the new single and music video from Happy, Hollow, “Flowers,” before this summer is over. In “Flowers,” pop harmonies are melded with a righteous rock n’ roll rhythm that is capable of getting even the most discriminating of critics shaking to its mild beat, and while the video for the song is rather simple by design, its utter lack of artificial frills makes it a unique find this July to say the least. Happy, Hollow raise the bar for themselves and their scene in this track, and provide us ample reason to believe in their exciting brand of pop/rock.

The video for this song is visually stimulating from beginning to end, but it’s not even half as captivating as the actual music is. “Flowers” has such a cathartic hook in the chorus that, no matter what’s going on, resisting the temptation to swing along to its beat is next to impossible. The vocal shines brighter than the morning sun, and while it’s not as stadium-shaking as the raw riffage in the background is, it has such an infectious and inviting tone that it feels anthemic just the same.

Minimalism is a key ingredient in the recipe for structure that Happy, Hollow use in “Flowers,” and I think that it’s one of the reasons why the song is getting so much more attention over the rather indulgent content that we’ve heard from their mainstream counterparts in 2019. They’re celebrating pop music’s fundamentals here and, as a result, sounding remarkably adept at making something memorably sweeter than the status quo but not even remotely saccharine in nature. That’s a skill that some artists spend a lifetime trying to hone, and Happy, Hollow have figured it out in only their third official single.

There’s a vintage tonality to the guitar parts in “Flowers” that really made me attracted to this song in my first listening session with it, and in a period of rock history that has been lacking the muscle of past generations, that’s something for this band to be very proud of. The strings in this track have a presence that is unmistakably organic and authentic in every way, which stands in strong contrast to the plastic-faceted riffs that have become far too normalized among major label-backed rock bands of all varieties and styles in the last half-decade.

I don’t believe that Happy, Hollow haven’t reached their creative peak yet, but the direction that they’re moving in at the moment is definitely a good one for them to stick with through 2020. We’re reminded in “Flowers” that often times, particularly when we’re talking about pop and radio-focused rock music, adhering to the basics is the best route for a group to take. The embellishments of a late 2010’s alternative rock sound are absent from this single and it’s equally stirring music video, and in their place we find the kind of substance that many critics – myself not included – had feared completely extinct in this unique time for pop culture.