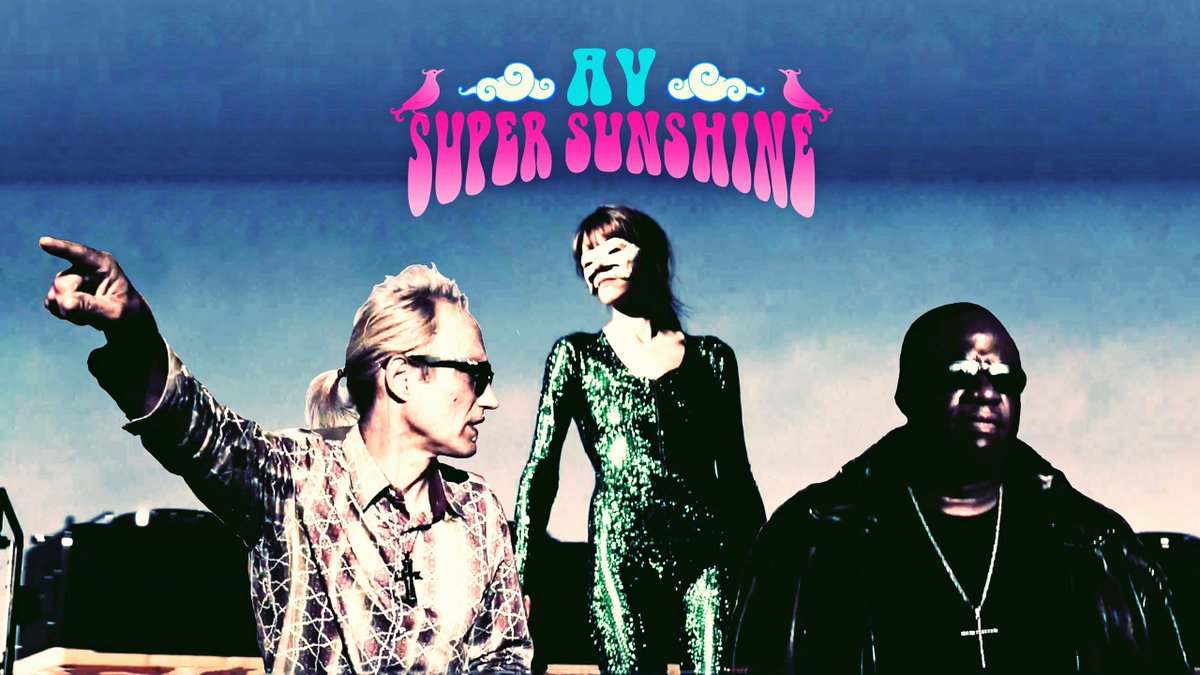 Pop music is changing and being shaped right now by a generation that refuses to limit itself to the archaic ways and means of its predecessors. Technology has provided a clear path for even the most modestly appointed artist to create kaleidoscopic melodies and sonic earthquakes that even as little as thirty years ago would have been completely impossible without a six figure recording budget. True, this is a renaissance for the DIY artist, but don’t be so quick to assume that this era isn’t rife with the same industrial politics that plagued the punk rock-inspired DIY revolution of the 1980s. There’s still a lot of games to play to get to the top of the heap in this business, and while some are willing to play along with the corruption, others are a little more fearless and devoted to their craft. AV Super Sunshine has made a career out of never adhering to the inauthentic standards of A&R reps and major labels. In the club remix of his song “Time Bomb,” he wages all-out war on the rules and restrictions keeping his scene from breaking, and we the listeners reap the spoils.

AV knows that being an artist of his caliber comes with a lot of responsibilities, and it’s clear when I listen to a track as nuanced and imaginative as this one that his standard of practices isn’t going to be budging anytime soon. This is a musician who is channeling intense pain, sadness and anger into a harmonious, freewheeling burst of sound that is unparalleled in its organic originality. Even in the radio remix of “Time Bomb,” we’re taken on a wild ride through mountains of textured melodies and rhythm that synchronizes to the beat of our hearts. All of this is more fully realized in the club mix, but nevertheless we can conclude that AV Super Sunshine takes his composing just as seriously as he does his actual recording process. He’s bottling up all the power that he wields and coming undone every time he starts to play, and while it might be overwhelming for some, I find his willingness to be vulnerable with his audience absolutely charming.

Whether or not you’re into electronica, or more specifically EDM, is irrelevant when it comes to listening to “Time Bomb” or really any song by AV Super Sunshine. This is a hot track that is finding its way into steady rotation on stations that go well beyond the specialty markets that AV has already conquered, and it wouldn’t shock me in the least if his next batch of releases climbed up the contemporary Billboard charts as well. Once someone catches on the way that this artist is, there’s not a whole lot anyone can do to stop his ultimate ascension to the throne that sits atop the pop music hierarchy. His rivals will look on with envy while the more intelligent among us will be grateful for his arrival and all of the splendid music that will soundtrack it.