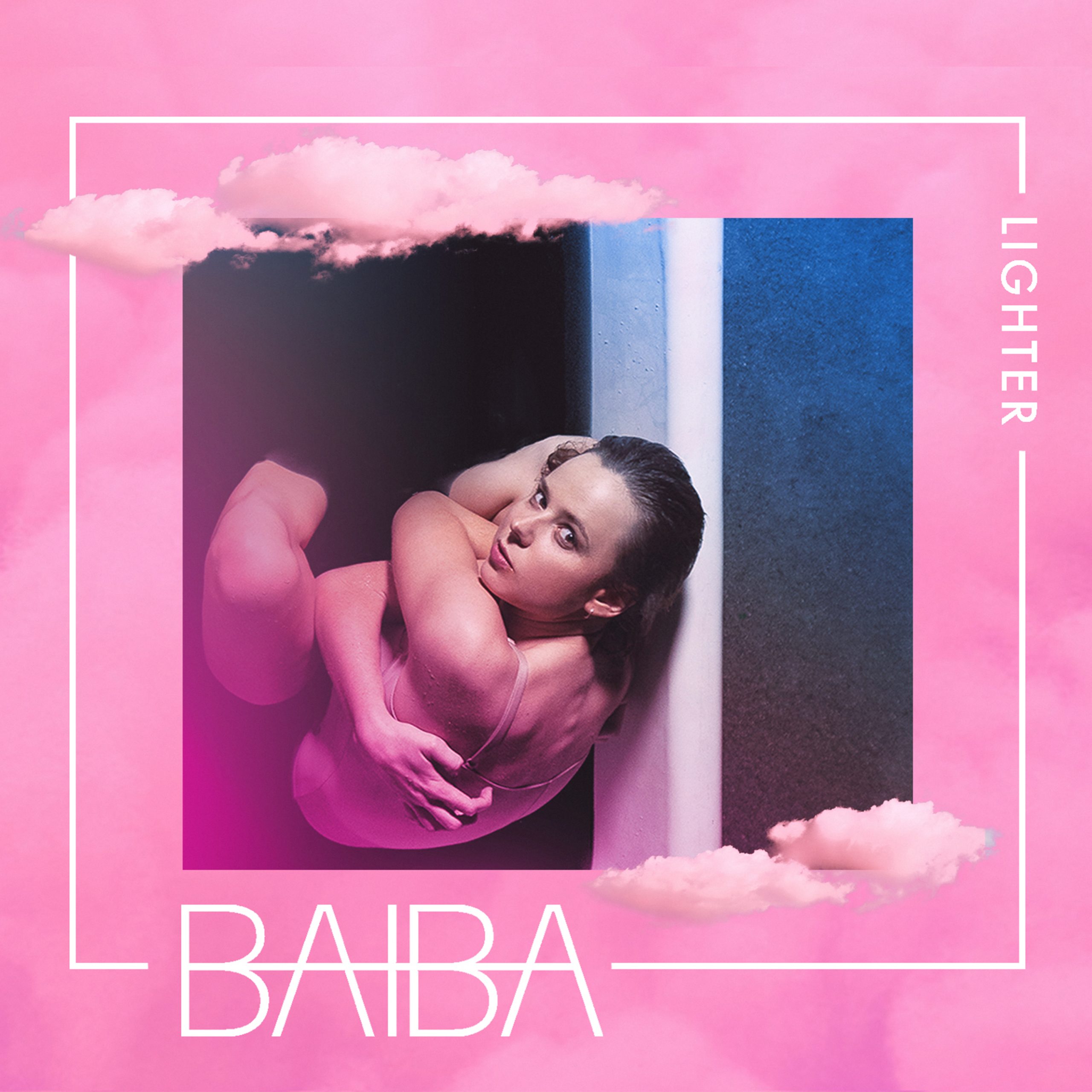 Innsbruck, Tirol, Austria, May 25th, 2021 – Pink skies and black water. “Lighter” seeks beauty in all of life’s facets. It respects the pain, celebrates the joy, its basses vibrate through our veins, and the voice leaves us wondering. Is she happy, is she sad, is it actually possible to differentiate? The album is a collection of songs that have been written in several past years. Moving away from the melancholic singer-songwriter corner, BAIBA has not lost her longing but has learned to use it as her empowerment. The ultimate strength of being.

Exchanging acoustic guitar with vibrant synths, piano chords with massive drum beats. She wants to experiment, yet has long-lasting love for pop music and it shows.

Listening to the album feels like witnessing a small breakthrough. A cheeky, yet humble ‘good girl gone bad’ scenario. No apologies left to express. All the tracks on “Lighter” were written and produced by BAIBA, partly recorded in her bedroom. For the final touches for the songs she got some support from her long-time collaborators and Innsbruck (Austria) based producers Christoph Holzknecht (CHRS) and Benjamin Leingartner aka DIGITAL YOUTH who also produced the “Alternative Version” of the title track “Lighter”.

Check out Artist and listen to or buy BAIBA´s music.

BAIBA is a young Latvian musician, currently living in Innsbruck, Austria. In 2017 in collaboration with the Austrian producer Christoph Holzknecht (CHRS) she released her debut album ”These Storms”. Since then BAIBA is performing solo, producing herself and moving away from the melancholic singer-songwriter corner, and embracing more and more the curiosity of electronic pop music.

Her singles ‘Running’, ‘Light Inside’, ‘Touch You Right’ and ‘You Don’t Know Me’ which she released under her full name (“Baiba Dekena”), had radio airplay all around Europe and were also featured in numerous Canadian and American music blogs. Especially the singles ‘You Don’t Know Me’ and‚ ‘Light Inside’, brought her in her home country great recognition and were in daily rotation by several biggest radio stations. ‘Light Inside’ earned her the title “Artist of the week” in the national Radio 5. In mid-November 2019 she entered the “Official European Independent Music Charts” on number 19 with the title track of her new album “Lighter” and stayed in the top 50 until March 2020.

She just released her new album on the 25th of May, and that already brought her a lot of airplay for her new single “Boy From Murcia” in the US, France, Germany, and many other European countries. Plus she had many press interviews with renowned Austrian Newspapers, and the Austrian company “Infoscreen.at” which has displays in the underground trams, buses, and a lot more all over Austria voted her new album the “Album of the Week”.
Most of the songs of her new album “Lighter” are recorded in her bedroom, produced at home, and then shaped together with the two Tyrolean producers – Christoph Holzknecht (CHRS) and Benjamin Leingartner (DIGITAL YOUTH), who also contributed the “Alternative Version” for the title track “Lighter”.

“Baibas music will move you in the most honest way and hunt you down for days. A Dazzlingly breathtaking introduction to a hidden gem!”
The Revue – Canadian Music Blog