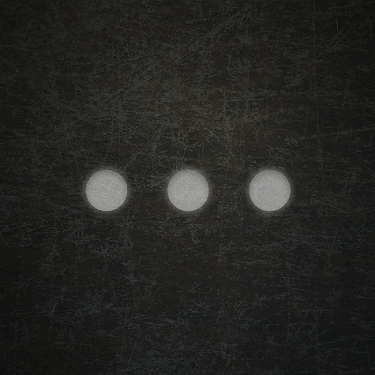 Chicago based singer/songwriter Brad Peterson’s latest release, The Ellipsis Album, might promise to be a rather serious and somber affair if you read about its genesis. Peterson spent a number of years sidelined due to a severe spinal injury that rendered performing and recording impossible for a performer who had risen far thanks to his considerable skills. As his condition improved, however, he found his attention turning back towards music with a renewed emphasis that perhaps been missing before. Moreover, the sound emerging from these thirteen songs has a more comprehensive approach than anything he’s taken part of before and there’s certainly a maturity discernible in each of the song that, undoubtedly, is born from painful personal experience. However, there’s ample humor here as well, some of it dark, some whimsical, and this diversity in the songwriting helps make reality the idea that The Ellipsis Album is one of 2017’s most compelling indie releases.

“What the Open Heart Allows” is the only song that could have served as opener. It establishes the album’s emotional tenor and gives listeners, arguably, the “straightest” track on The Ellipsis Album It’s quite obviously built around Peterson’s acoustic guitar, but he’s shown great discernment in bringing additional elements to the table that further flesh the song out. “Clap Your Hands” has a strong pop edge, but there’s also ample raucousness running through this song that never goes out of control, though it thrillingly hints it might for the duration of the song. Another commercially minded tune on The Ellipsis Album, “Far Off Places”, pursues a relatively straight line from the outset and foregoes the experimentation you hear on other songs. The vocal harmonies are particularly exceptional on this song. “Just In Time” strikes a groove early on, albeit an odd one, and never backs off of it during the length of its performance. It’s one of the more idiosyncratic tracks included on The Ellipsis Album but, to Peterson’s credit, he continually manages bringing listeners into his musical experience and making things less alien.

“Montage Song (getting stuff done)” is one of the album’s most inventive songs, but the musical and lyrical imagination exhibited here never risks obscurity. Peterson gives listeners a glimpse into his every day life as both a human being and creator that’s full of detail and perfectly complemented by the wealth of detail in the lyric. “Underwear” will garner more than a few chuckles. His unabashed longing for the song’s subject has a sensitive air and will have across the board resonance for any adult, but he puts it over with such panache and musical ingenuity that it gains even more in performance. The album’s final track “See You on the Other Side” dispenses with all the studio trickery and additional instrumentation heard on other tracks for what can only be described as an arch-traditional folk tune and Peterson even tosses in some fine harmonica playing for good measure. The Ellipsis Album is an impressive and cohesive musical statement built to last and announces Peterson’s return to the arena with artfulness to burn.