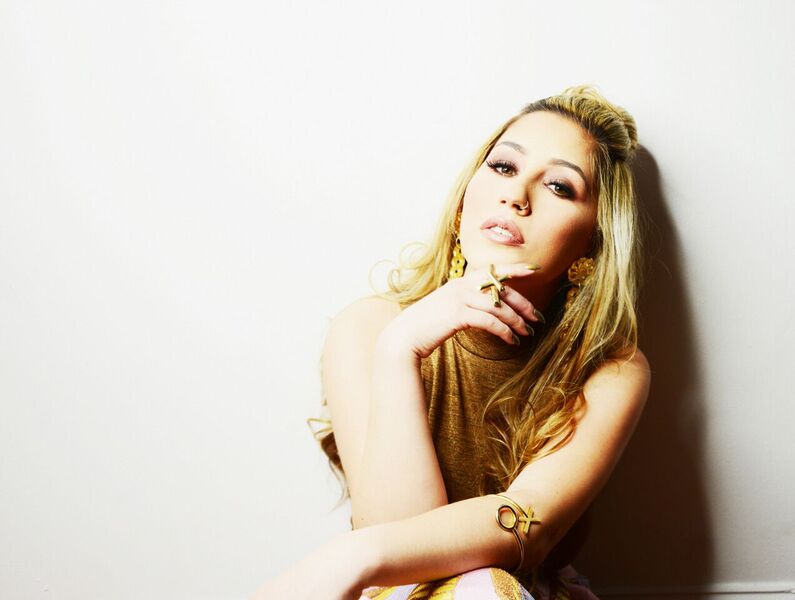 Brielle Von Hugel, a semi-finalist during American Idol’s eleventh season, is one of those rare singers and songwriters who can transcend genre. This talent for transcendence extends to her being able to inhabit any sort of musical landscape without sounding out of place as her work here and with Scott Bradlee’s Postmodern Jukebox amply proves. She also exhibits the talent for making the personal universal without ever making listeners feel like they are hearing too private of a moment. This means that her songwriting obviously has great personal meaning, but it also means her powers for expressing her individuality through songs extends to a skill for making those personal moments resound with her audience. The latest single from this talented vocalist, “Stronger” (Sweet and Sour vs. Exodus Remix), makes great use of a guest star and is a hard-hitting club track with the potential to deeply resonate with audiences in a substantive way.

The bluesy pop attributes of her vocals are the chief selling point of everything she touches. There’s an assertiveness and confidence in her singing reaching far beyond her years and it comes through in every line of the lyric, but it is her emotive talents that are the marquee element of her vocal package. She inhabits each line with an indomitable spirit clearly unwilling to allow herself to be crushed by the slings and arrows of disastrous fortune and the full throated delivery never feels too stagy or forced. This is clearly a singer who does well in the cushy confines of a studio, but it’s equally clean that she’s the sort of powerful vocalist who you’d still be able to hear in the back of the hall even if the power went out. As such, the lyric is ideally suited for her and vice versa. Even if another writer had penned these words, she obviously owns this song in a very personal way.

The lyrics are sharp, lean, and drive headlong into their theme. Hugel is never too wordy and, instead, favors directness over some sort of pseudo-poetic meditation on personal strength. As a result, this is a song that, despite its personal nature, will undoubtedly resonate with many, regardless of age or gender. The musical arrangement is a melting pot of ideas but never overreaches and complements Hugel and her lyrics quite well. There’s very little “traditional” instrumentation employed in the song. It relies much of the time on electronic instruments to memorable effect, but the stereotypical take we have on such instruments, i.e. they lack the human warmth of guitars, bass, et al, isn’t applicable here. There’s a great deal of muscle behind this arrangement and the mixing team responsible deserves immense credit for their ability to make it so. B.o.B. contributes much vocally in the song’s second half and the music complements his distinctly different delivery with the same aplomb that serves Hugel so well. “Stronger” is an instantly identifiable tune and the combined talents making it possible are quite unlike anything else you’ll hear in pop music today.