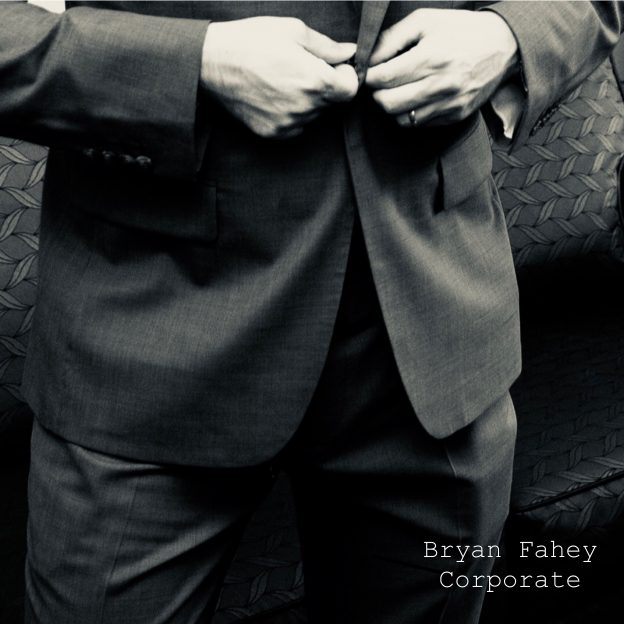 Chicago, Illinois – The corporate world can be harsh on some in ways that gaslight poignant feelings in individuals. Bryan Fahey has worked in the corporate world and knows this feeling better than any other musician. He uses music to bring to light these topics that are often not talked about in songs. Bryan uses his freedom as an independent artist to create distinct Indie and alternative rock sounds that communicate profound emotions.

For several years, Bryan put all of his energy into fine-tuning his musical talent. All this preparation was well worth the wait as he finally releases his first full-length album, “Corporate.” The album contains 12 songs that he had been working on for the last two years. It stands out with its unique concept of showing a modern take on working in the corporate world.

The songs on “Corporate” are beautifully interwoven to tell the story of the ups and mostly downs of big business bureaucracy. It starts the storyline describing the job application process with upbeat music in “Resume” then heads towards the excitement and nervous jitters before joining a new job in “Acceptance Letter”. The rock beats slowly morph into a tone that depicts the tension of the corporate workers trying to find a direction in life. Bryan showcases his song writing abilities by changing the perspectives of several songs from that of the workers, to the managers and back. From “Rat Race” to “Corporate Robots” to ending with “Two Weeks”, the relatability of these songs can be appreciated by anyone who is considering joining, currently in, or is a survivor of the rat race.

Corporate is a one-of-a-kind album that talks of a wide range of human feelings that otherwise hold a taboo in society. Bryan points out the poignancy of a society that dismisses these emotions by telling listeners to confront them instead. He creates a safe space to discuss questions about life and society with his alternative rock and Indie music.

Listeners can enjoy the artist’s alternative rock tunes on any major streaming platform. To check out Bryan’s solo album, head to https://www.bryanfaheymusic.com/ and add his new album to your Spotify playlists. Reach Bryan for reviews, interviews, collaborations or other inquiries via his contact information below.

Bryan Fahey, singer and songwriter, brings his experiences to life in his music. Originally from a small town in Wisconsin, Bryan was drawn to the opportunities and big city life that Chicago had to offer. Bryan’s dedication to honing his musical skills has given him the ability to produce high-quality original music recordings. A bulk of his songs come under the genres of alternative rock and Indie. His lyrics take a keen interest in the way society functions and challenges it. The artist considers Radiohead, Springsteen, Wilco, and Beck as inspiring musical talents who hold a great deal of influence on his songwriting and singing. Bryan’s debut solo album, “Corporate” is quickly becoming a favorite of those stuck in the rat race.