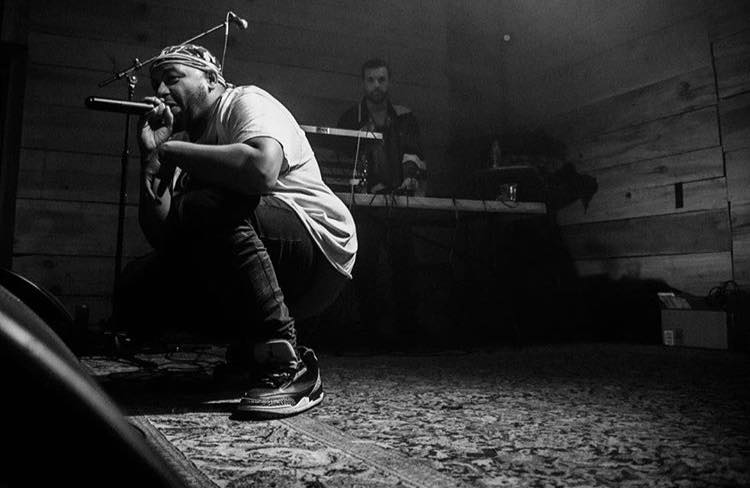 “Buddha” won me over on the first listen. It impresses me how Elz Bentley’s “Buddha” brings together a deep hip-hop groove with a dark soulful tone. The light brooding quality I hear in this song has an effortless touch, like it sprang out of Bentley with minimal effort, and doesn’t hit a single false note. It’s hard, in my opinion, to make a significant splash in the ocean of hip-hop music released each year – like rock music, it is a limited style and cookie cutter practitioners often seem on the verge of dragging into self-parody. There’s no danger of that with Bentley however. He sounds like a performer intent on proving his credibility without ever projecting himself as some sort of blowhard. I believed from the first his musical voice sounded authentic and unforced.

He comes from territory that most won’t associate with five-star hip hop artists. Two major cities in Kentucky, Louisville and Lexington, are spawning high caliber talent, however, and Bentley leads the way for the latter. Bentley first made his presence known on the local scene with his 2018 release Take No Elz under the name Jay Ella and didn’t let the pandemic shut him down entirely as he released a new EP, Bentley, this year. It has further expanded upon his growing reputation and establishes him as one of the blooming formidable talents poised to lead this musical genre into the future.

It is strengths like his vocals that will bear the weight of his artistic ambitions. He has a relaxed confidence that never needs to bellow or shout. His voice wins you over thanks to the thoughtful yet steady push of his line-to-line phrasing. The vocal takes some unexpected twists and turns along the way without ever veering too far from the song’s guiding groove. Bentley has excellent chemistry with the musical arrangement and plays himself off the instruments with intelligence and precision.

Any great hip hop track needs memorable lyrics. They can be memorable for many reasons and I believe what will make this song consistently apart is the idiosyncratic way Bentley builds his message for listeners. It does not try remaking the songwriting wheel, it doesn’t open new territory, but Bentley conveys his personality for listeners with a level of unfettered honesty many other performers can only aspire to.

The music and the track’s video top things off. Bentley relies on spartan musical backing – synthesizer lines, bass, and electronic drums set an early tone. The synths produce vibrant colors that help shape the track for listeners while the rhythm section gives “Buddha” a sturdy foundation. Bentley is working with people who understand how to structure and portray his musical ideas for the public and “Buddha” is a great example of how well they team together. You probably haven’t heard of this talented young performer yet, but his voice is unmistakable and he clearly has his sights set on the highest peaks. There’s nothing about this track that indicates he won’t reach those goals.