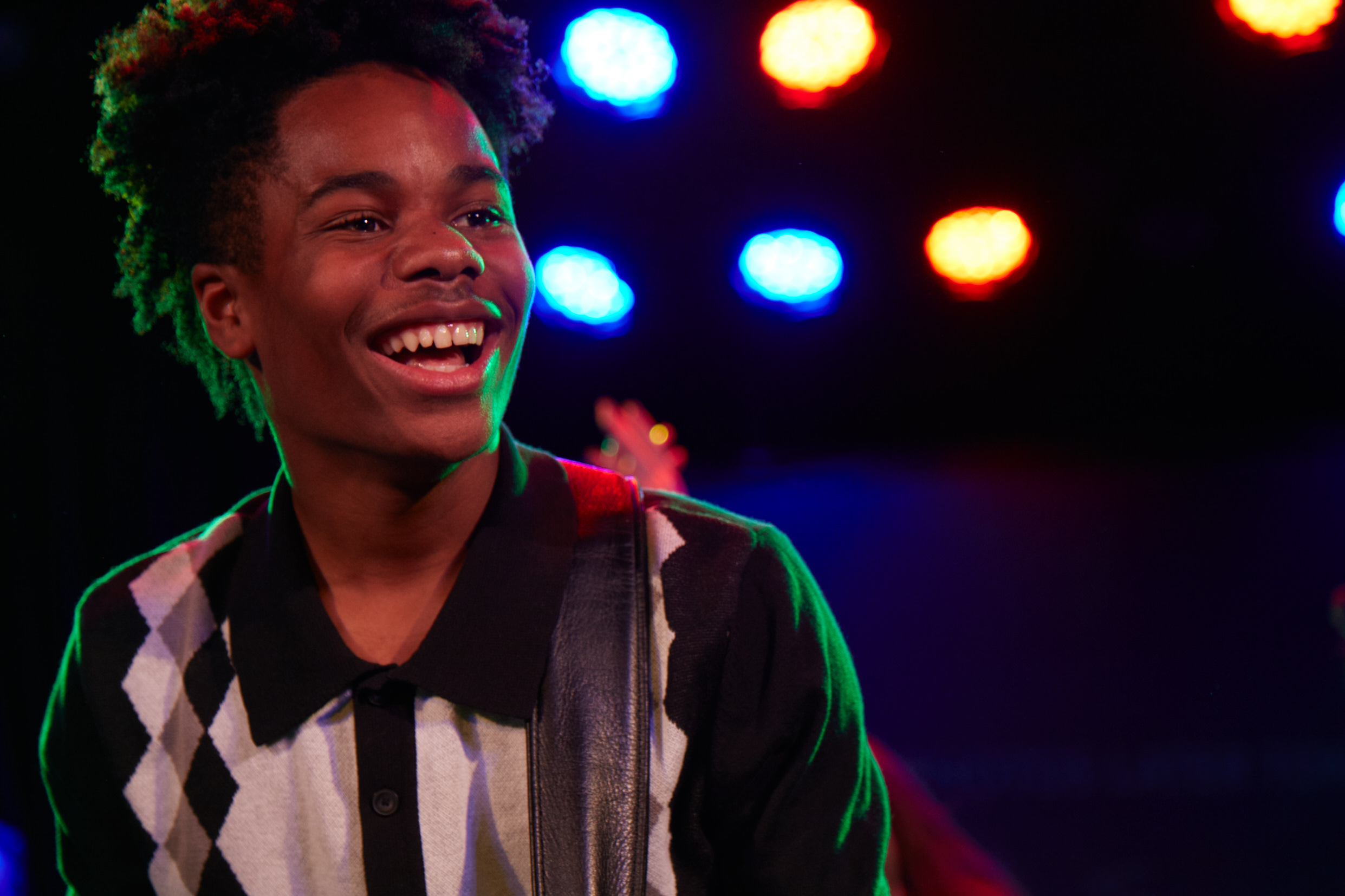 Los Angeles, CA — Tuesday, March 26th, 2019 — YouTube content producer, gamer, athlete, musician, and vocalist. Los Angeles based Cameron Nino is all of those things, and a whole lot more, at just a fraction of the age most of his more famous peers are. The fourteen-year-old, dynamic and charismatic performer is a precocious talent with a built-in determination and focused ambition. In 2011 he wrote his first song, “Back in the Day”, which advocated the use of Green Tech instead of fossil fuel. In 2015 he produced a medley for Club 42, using music by The Beatles and Michael Jackson. He has since gone on to release three first-round ballot Grammy-nominated singles – “On The Floor” (2016), “Gravity” (2018), with his band Seventh Nova,  and “Ice Cream” (2018).

This young man’s vocal style, guitar playing, energy, and delivery will make you listen to his music over and over again. Cameron Nino is the defibrillator that the music industry has been in dire need of. And to top it all this golden prodigy just beginning to come into his own.

Cameron Nino is stretching for the skies with unrestrained ambition, testing his skills in uncharted waters via new soundscapes and bold production choices. He’s constantly reaching for something bigger throughout the singles – “Ice Cream” and “Gravity” – and finding success on both attempts, especially when the instrumentation behind his signature raps is lush enough to captivate the listener.

On the standout “Gravity” – featuring Nino’s band, Seventh Nova – the warm, hazy funk sets the scene, as Nino unleashes his six-string talents. The vocals welcome you to the party, while the horns blow a groove that kicks off the song with a bang.

“Ice Cream” ft. 100 Miles & Isabelle Rae, is just as engaging despite living at the other end of the spectrum, as Nino coolly boasts his lyrical flow over elusive, over-driven grungy guitar riffs that reach a gushing climax on each chorus.

Structurally, Cameron Nino is just as ambitious on this track, frequently utilizing beat switches that strive to be as sonically engaging as possible. Already filled with Nino’s personality and joyful energy, the song is boosted even more by the features, 100 Miles, and Isabelle Rae, who bring a sum of exciting raps and melodies to the table.

Rarely do two moments sound alike on “Ice Cream” and “Gravity”, yet it all comes together seamlessly for a blistering couple of cohesive songs. Cameron Nino’s ability able to confidently weave between styles, sounds, and moods, is worthy of applause, adding to the overall impressiveness of these projects.

These songs cement Nino’s reputation as a gifted and young, but far from inexperienced, talent. He is ready to go from relative obscurity to stealing the show wherever he puts his musical foot. He’s just as happy manipulating psychedelic guitars and funk uplift on resonant tracks, as he is delivering blistering verses across hip-hop beats.

Seventh Nova is a funk/rock project led by Los Angeles based Cameron Nino.