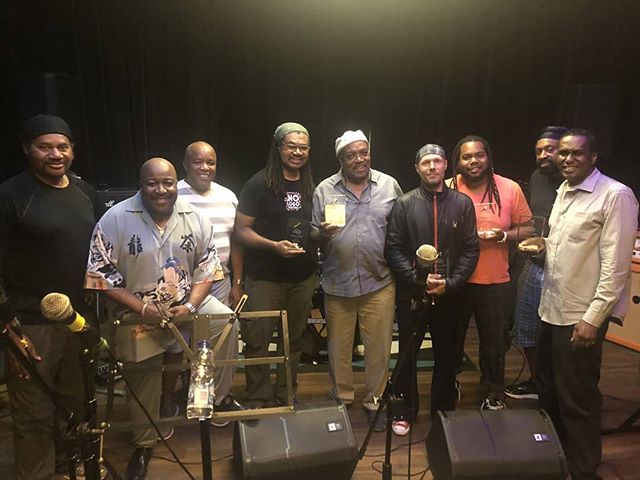 As I listened to the transition between the first, and self-titled, track of Spotlight, the stellar new album from the hard funk collective Crack of Dawn, and its sizzling follow up “Somebody’s Watching,” it occurred to me how important making a record that flows evenly really is. As a music critic, I’ve had the misfortune of having to cover a lot of artists who simply don’t know how to make a cohesive full length album. They’ve got the songwriting chops to make a single, sometimes even enough material to put together a decent extended play, but when it comes to getting into the studio and grinding out a complete album without employing previously used formulas, adding filler and glossing over the cheaper corners can be a next to impossible task for them. Why? It really comes down to songwriting maturity, depth of artistry, and where an artist puts their own aesthetical limits. “Somebody’s Watching” sneaks up on us as “Crack of Dawn” comes to a winding close, and while its explosive entrance is jarring, it doesn’t feel out of place or choppy next to what we’ve just listened to. We aren’t in a hurry, but at the same time we aren’t dragging from one theme to the next. Everything feels like it’s maintaining the same prose, the same emotional tempo that the opening track laid out for us, even if it is a completely different set of harmonies that are being distributed to us.

What makes Spotlight such a good album, which I really enjoyed (and am actually still enjoying) listening to, isn’t just the way that Crack of Dawn is able to grab and keep our attention over the course of its 42 minute playing time. For me, I think that the fact that the band made such a committed effort to not going cheap by singing about just the indulgences of life but instead taking a more reflective, almost observational route in constructing its thematic elements is what really sets this record apart from anything that their contemporaries are doing right now. In a dazzling demonstration of their skills as a group, they remind us that there really is nothing wrong with cutting loose and adding a little spice to the mundane, even if it’s a little impulsive than what we’re used to.

With a combination of street smart lyrics that are inviting as well as articulate along with music that is irresistibly enthralling and easy to get into no matter what your age or personal taste in music, Crack of Dawn seem to have contained all of the necessary ingredients to make their new record Spotlight an absolute classic that can stand up beside some of the best of them. I don’t think I was expecting for this to be the record that changed my perspective about the future of R&B, but it ended up being just that, which is a very good thing for the scene and its up and coming members. If they keep making albums that are as complete and exciting as this one here, they’re well on their way to straight up taking over the game.