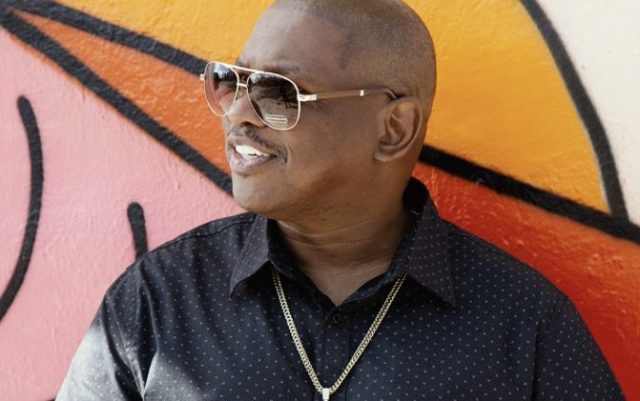 There’s been an inherent debate as long as popular art has existed which is who is allowed to speak on behalf of a subject. It’s uh, it’s a tricky subject. On one hand there’s a side that strongly believes that celebrities of the highest privilege should “shut up and dance” so to speak. Many find that because of their resources and income for what some consider a useless “talent” they’re not indicative of the everyman. Conversely, there are many established artists who believe that those making amateur art are not legitimate enough to have a say on social matters.

My personal belief is that this form of gatekeeping is ultimately detrimental to exposing people to multiple valid perspectives. Enter Darrell Kelley and his newest single “The Vaccine.” Kelley has made a name for himself as an Atlanta based hiphop/gospel singer/songwriter with a pension for discussing socially relevant topics with a laser focus. Case in point: earlier this year he released his album The Audacity and every single track covered a near grocery list of this year most discussed moments. Police brutality, the then upcoming election, and of course our old pal Coronavirus. In a way The Audacity is kind of the homegrown mirror to something like the politically charged RTJ4 by Atlanta duo Run the Jewels. While Kelley may not have the same resources and cynical aggressive edge that Killer Mike may carry, I wouldn’t write Kelley off in the slightest. Kelley’s greatest asset is his authenticity. You know he believes his lyrics devoutly, but unlike other artists he doesn’t feel the need to scream or assault others with his perspective. He’s far from soft spoken, but he’s very methodical and deliberate on his part vocally. His production can be shoddy, but I chalk it up to not having enough major resources that are common place that we take for granted.

Honestly, I want to see Kelley blow up and be able to really flex on others with his down to earth charms and an ear for a hook. I don’t think “The Vaccine” is his best effort, but it’s far from anything resembling bad. It mainly suffers from a more amateur than usual production string and its lyrics aren’t as evocative as his previous efforts. One could argue that maybe that’s the point. The majority of the song is spent with Kelley pleading to have the vaccine ready for he and millions others to take. He’s not complaining about the world being on pause, he just legitimately wants to see people healthy and well.It’s a level of empathy I’ve hardly seen in any art I’ve been privy to this year and the world could use plenty more of it. Kelley will hopefully have a bit of downtime before jumping back into the recording booth and I hope he utilizes that time to come back better than ever, and I’m very confident he will. A rising talent to be certain.

The music of Darrell Kelley has been heard all over the world in partnership with the radio plugging services offered by Musik and Film Radio Promotions Division.  Learn more https://musikandfilm.com