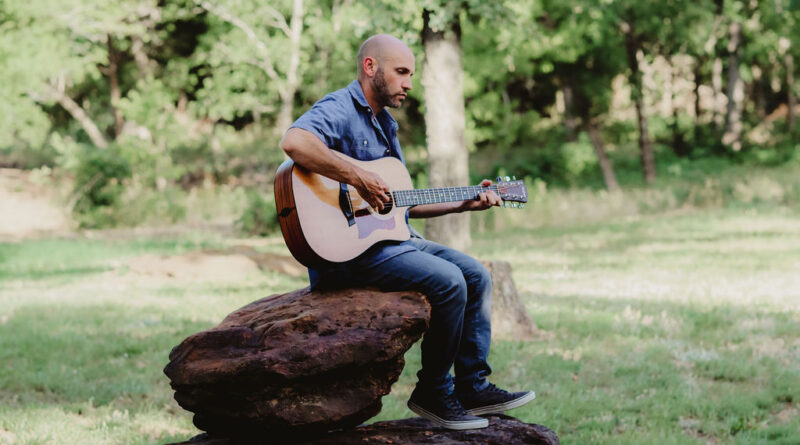 David Raybuck’s The Prodigal is an album out of another time. Raybuck’s deceptively simple lyrics covering a gamut of Biblical stories and religious topics pop with the audible poetic snap of spiritual lyrics from bygone eras. They are, likewise, written in such a way that their application extends far past the Bible. Scattered passages and observations throughout the entirety of The Prodigal’s fourteen songs attest to his capacity for connecting Biblical lessons with the human condition. He does so without ever hectoring or browbeating his listeners.

This opens the door for secular listeners. There are other reasons for non-believers to embrace this work. Raybuck, from the first song “Hosanna” onward, delivers an unified and consistent sound and endlessly inventive vocal melodies. You cannot pin him down in one place as a composer. Strands of pop rise and fall over the course of the album, always interwoven into the overall whole, and without sacrificing any of the gravitas in his subject matter.

Rarely are such weighty matters conveyed so invitingly. Raybuck’s capacity for melody allows listeners the luxury of digesting his often poetic and intense lyrical content with a smile. Exaltation is a real thing in Raybuck’s songs and the faith lighting the choruses for songs such as “Be Healed”, “Long Time Coming”, and “Why I Sing” burn with an unmistakable glow. Raybuck tempers the flame to different levels while still radiating the same warmth.

His penchant for engrossing narrative shines brightest with the album’s title song. One of the Christian religion’s central parables, it is fodder for artists for a millennia plus and Raybuck’s reframing of the tale for the album is a stunner. Everyone connects with this story in a different way and from different perspectives, but one of Raybuck’s supreme achievements is his near-literary observational skills and use of significant detail advancing the song.

He strikes a good balance between lush, slow-moving arrangements and acoustic-oriented fare. The former exerts a tight grip over the album’s midway point during songs such as “In the Shadow of Your Wings” and “Dwell”. These are fine songs by any definition, particularly the atmospheric and beautifully meditative “Dwell”, but they are likely millstones for some dragging down an already lengthy album.

“Scales”, one of the album’s later tracks, is among a select few balancing bruising though intermittent salvos of electric guitar with Raybuck’s predominantly singer/songwriter approach. He’s comfortable working in darker territory and the handful of tracks moving in that direction such as this are invaluable counterweights to the other songs. One of the most personal sounding moments on the album arrives with “The Pathway” and its near waltz like sway. There’s an airy jangle pairing with light percussion sliding the song towards its conclusion and Raybuck’s full-chested vocal is especially well-suited for the lyrics.

No one can accuse him of serving up the same dish fourteen times. There’s a surprising amount of variety scattered across such a long release and it’s clear Raybuck’s creativity is in full flower at the moment. Let’s hope it remains as such because his album The Prodigal stands as one of the most unique releases in recent memory.