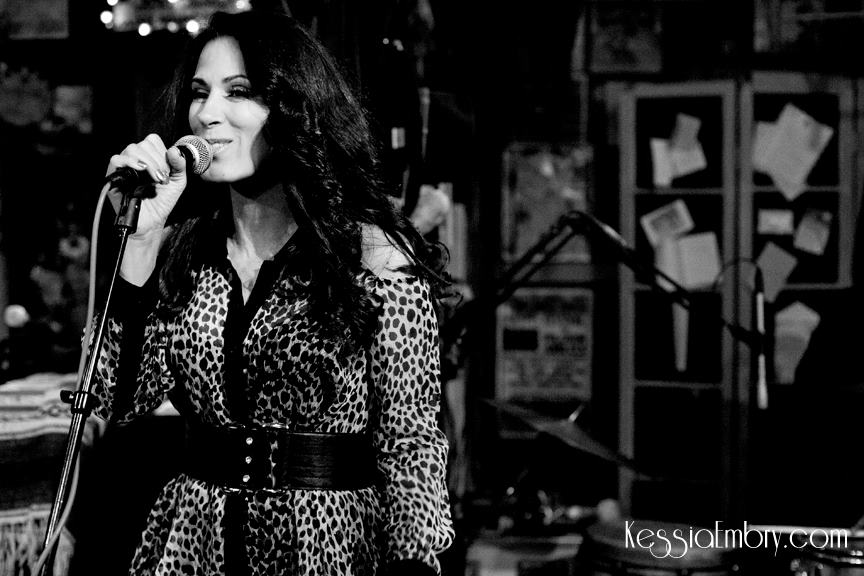 Downie has been singing in front of audiences since she was a very small girl. She began her formal vocal training as a young teenager performing classical , pop and jazz music. Whether in a recording studio or live, Downie is a seasoned vocalist with a wide range, able to execute all genre’s of music with emotional depth and creativity.

Downie received rave reviews in Japan where for four years she performed to sell out crowds in the clubs and hotels. She also performed with on the Dennis Bono show Live In Las Vegas with Grammy winning singer, Crystal Gayle. Her latest single is called “Unavailable.” If you like soft rock, Downie has a lot to offer on “Unavailable,” which is her latest single. If you look back on her you’ll find she’s really just keeping it going all this time. And she’s been at it a while including extensively playing to world audiences including Japan. And the world stage is really where she should be, but that doesn’t come without an artist constantly working to prove themselves. This can be a harsh reality for some or just part of the struggles and successes of the music industry that she is no new comer to. But what she remains is very fresh and exuberant. Not that I know what does or doesn’t make for good adult contemporary music on the radio, I still imagine this on several stations on the FM dial. It’s similar to what I usually hear when going through current stations who play a variety of things. So, it’s not just good for a limited audience. It crosses over well and there is just nothing bad you can say about it, even if you don’t care for the speed of it. And the lyrics read like a tell-all of sorts without telling. It leaves much to find beyond any efforts to describe in this review. In-fact it leaves more intrigue concerning Downie herself. You can feel the pain but also the medicating after effects as her voice does the talking and the instruments dance around her. It’s all very consistent in every way, and a real treat for those who like poetic writers of the romantic style. But it can also fly with folk and pop lovers too, as it has that mentioned crossover appeal. She pleads not to be naive when shopping for love, because it might be in someone else’s hands already. And she pulls off a catchy tune with remarkable lyrics and vocals to drive it straight to the heart.     And you either get all or nothing of that from most singers today. She not only reminds of some country singers but also some of those rock and pop voices of the past who broke through in the late 70s. But calling this country would be going a bit far, at least concerning this track. It has more of an Americana sound to it, with inflections of pop and easy listening music. That’s how I stack all of the elements in this one song. It’s produced with the clarity it takes to keep it clean, rather than going for a muddy sound that would not compliment the vocal structure. They’re so evenly mixed that you don’t miss anything. In closing, Downie brings a lovely voice back into the landscape on this song which I could use an album’s worth of to go along with.

It’s that contagious, and if she gets a full length release out I’ll be right there to buy it. With “Unavailable” comes a hope for music that has been ignored for too long, and that is a testament to any song which comes with this level of excellence and precision of sound. You will like it or her style just isn’t your cup of tea while the growlers of today are vastly losing steam as it makes way for a breezy sound of yesteryear without sounding old and irrelevant.