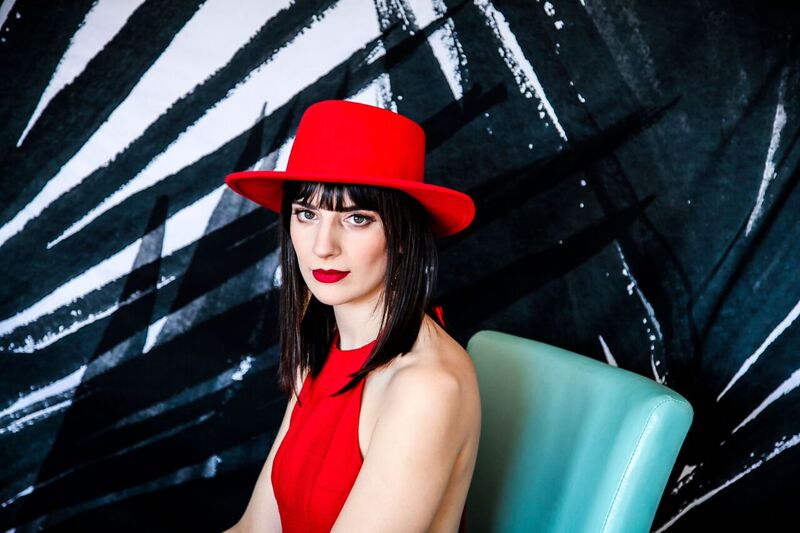 The nine-song collection from Chicago born Elle Casazza does more than herald the arrival of a major new talent. The second single from Proof, “You”, illustrates that this young singer/songwriter is cut from a decidedly different stripe than many of her peers. Rather than wallowing in the same assortment of clichés and tropes typically defining pop songs, Casazza isn’t afraid to express gratitude and joy – not the typical métier of recording artists working in this area. Moreover, her songwriting sparkles with plain-spoken conversational poetry that goes far beyond the usual wont of pop stars in the making. It is abundantly clear this is a performer unwilling to settle for comfortable reworking of familiar formulas. Elle Casazza’s single and the unique stylistic approach she brings to her music shows she’s an artist committed to taking chances in the hopes of breaking through to another level.

There’s all the necessary elements present here to pull that off. Casazza definitely has a talent for song construction – “You” may obey all of the traditional rules about ballads, including what instruments it primarily utilizes, but it makes the trip there as interesting as possible. The transition from the relatively unadorned first half to a fuller band performance comes unexpectedly late in the song’s duration but, fortunately, makes every bit as much of an impact. The production does a superb job of placing the song’s various parts in sympathy with each other rather than juxtaposing them in an effort to increase tension. The decision results in “You” sounding like a much more unified effort than it might have otherwise and it is apparent that a great deal of work was discharged to make these parts mesh as seamlessly as they do. Casazza tops it off with a singing performance that travels far from immense soulfulness to outright R&B muscle without ever sounding incongruous or uncomfortable at any point along the way.

The rhythms and tempo of the arrangement are ideal for the lyrical content. Elle Casazza’s lyrics have their own strongly percussive quality and fit the movements of the individual passages to a T. This structure doesn’t change much even during the song’s second half – what changes is that Casazza calls upon a larger cast of musicians for the full band section and the drummer, in particular, makes one thunderous point after another. The ending of the song returns things to their muted origins and it makes for an excellent bookend with the song’s first half. The unity and cohesion she shows in this writing and performance has few equals in the modern music scene. She’s completely modern while still calling upon the time tested elements that make for great pop music. “You”, if taken as representative of Proof’s overall quality, promises that Casazza’s debut ‘Proof’ is a resounding artistic and entertainment success. This is a superior performer and writer in every respect.