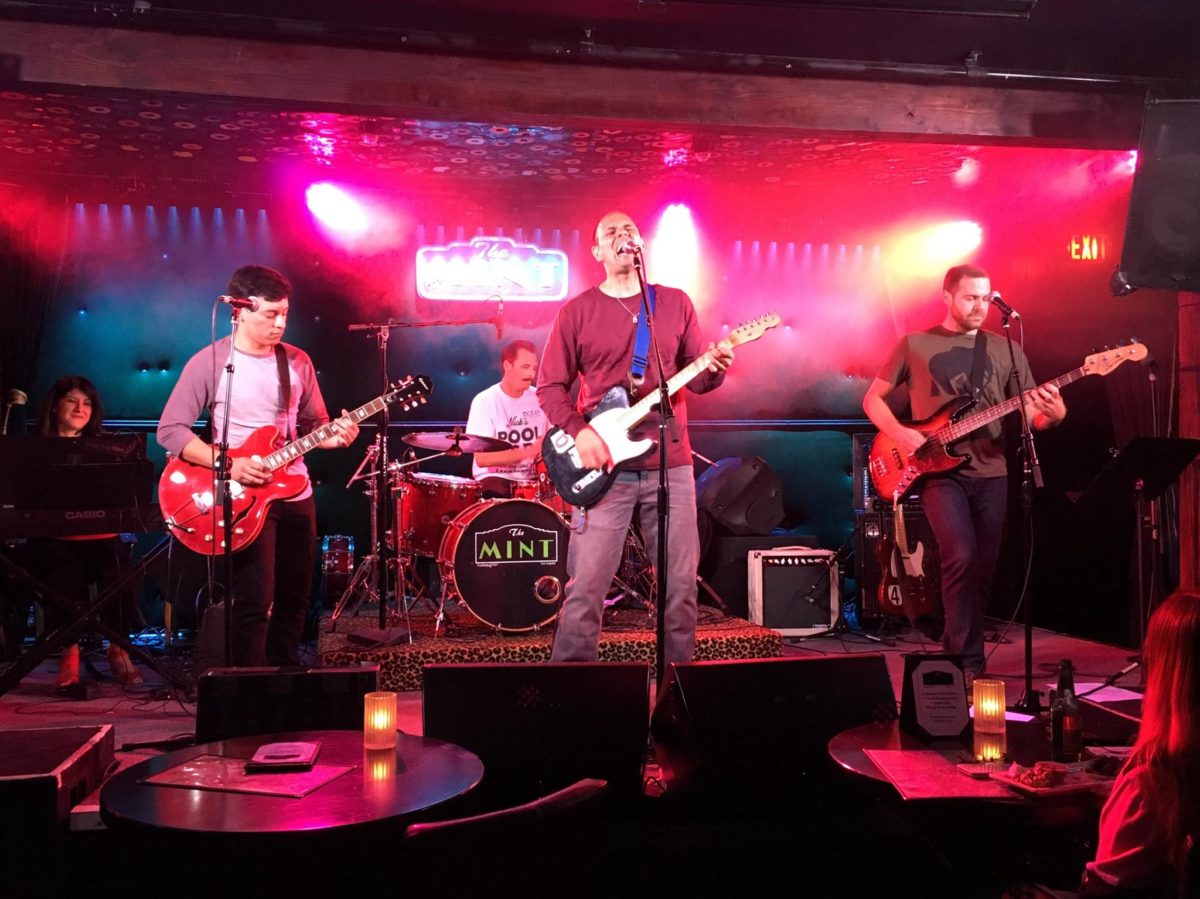 Swelling from the silence with a movie that will be as song-defining as any melody ever would be, “OK, OK” sees Dizzy Box Nine not wasting a stitch of time in laying right into one of the biggest grooves on their new record, Faster Than Anticipation. Though this track isn’t quite the fire-starting incendiary that “Amazing Night” is, it’s filled with just as much of a beefy physicality without debate. Songs like these, the tense “Phone Bill,” lumbering “Little By Little” and swing-happy “Friday Night” weren’t designed to make us sit in the corner and think about rock n’ roll’s storied past; they were meant to get us dancing, connecting with each other, and most important of all, feeling the vibe that these Californians are so intent on spreading across the earth this summer.

Faster Than Anticipation is a melodic grenade that can’t be stopped once you’ve pulled the pin on its opening track, “If This Is Real,” and even if you’ve never heard the band’s music before, I would recommend you take a peek at what they’re up to this season (as it’s likely to raise to international visibility exponentially).

“Near You” is one of my favorite songs from the first half of this LP, but not because of its pummeling riffs alone. Structured like an old fashioned pop song but afforded a Hammerbox-style grit that wasn’t around pre-1991, this track and the flowing “It’ll Be Okay” have the best guitar tones of any two compositions on the record – which is saying quite a bit when taking into account just how rambunctious and warm an offering this is from top to bottom. Some of the tracks here, such as “The Sun Came Out the Other Day,” “Deep Inside Your Mind” and “For You,” are a little harder to categorize based on stylization exclusively, but from my own perspective, I don’t think this is much of a negative attribute. Dizzy Box Nine certainly don’t seem like a band that’s interested in fitting into anyone’s box – in this record, they’re playing from the heart (and clearly having a pretty good time in the process).

Even in balladic moments like “Sometimes I Feel Like This” or more progressive numbers ala “This Is All For You,” Dizzy Box Nine are putting out a swagger in Faster Than Anticipation that, for the most part, speaks for itself. This band of Southern California rockers have long-outgrown the indie labeling that they’ve been boasting in the last few years here, and if you ask me, they’re ready to play for a much larger audience than their underground circuit roots would allow for now. Faster Than Anticipation feels as much like an emancipation from anti-mainstream status as it does a statement piece about who this group wants to be post-2020, and while it’s far from the only disc in their collective works that strikes a couple of important chords with critics like myself, it could well be the most well-rounded to see widespread release thus far in this band’s career together.