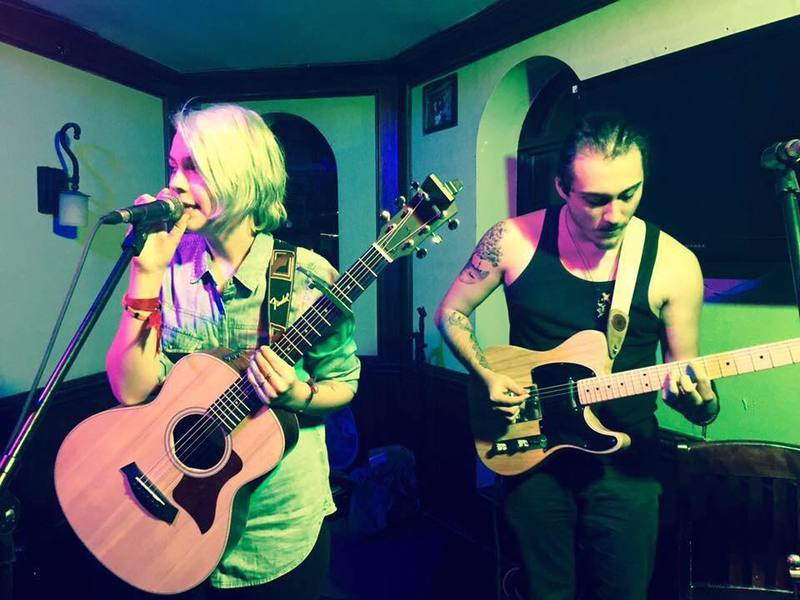 This is an album that chooses a moderately wide musical range and can literally do anything within that area and still sound mighty. The musical team of Matthew Fuentes and Holly Forrest, collectively known as FXRRVST, is modern down to the unusual name for the project they lead, but they obviously know how to write songs that appeal to a wide base. Each of the nine songs on their debut XXVI has the necessary elements to draw the attention of more discerning musical fans, but there’s plenty that the novice or casual fan will love, particularly thanks to the duo’s high propensity for melody. Even on the all out guitar workouts, melody remains crucial to everything they do and is, at least, a little under half of their whole musical equation. The other important tools in their box are a world class singing talent who has, essentially, just begin and Matthew Fuentes’ guitar contributions. He’s never club or heavy footed and, instead, I can actively hear him trying to remake the refashion these songs for a modern audience. I respect the effort here and there.

“Road to Nowhere” has a steady acoustic guitar chugging and slamming away at the base melody while Fuentes lays off some brief lines, often with an aching and vaguely cinematic quality, that occasionally elongate into more extended runs. The drumming on May XXVI doesn’t get the opportunity to experiment a lot with its chosen craft, but it does shape the songs in a clear manner like it does on the opener and provides a level of energy that’s memorable and invigorating. The two go rock with the song “Drown Me” and its desperate passions are never played for laughs or under-utilized; instead, Forrest’s vocal presence really sets this track on fire, especially near Bedford. The accessible rock vibe of the song “Tidal Wave” is largely built on the back of another strong all-around vocal performance and a feeling of genuine joy. Fuentes doesn’t take the chance to unleash his inner guitar god here and, instead, plays to the song’s strengths. “Lovely” and “June 8th” are very similar in some respects – the latter is much more involved with electric guitar while the first is closer to the duo’s acoustic based efforts. The mid tempo movement on both track is important too and transitioning into the album’s final cooker, “Roofs” gives May XXVI the sort of blast off they deserve and whets our appetites for future material. Holly Forrest and Matthew Fuentes are clearly trying to stake out some territory for themselves and with albums of this sot, it certainly won’t take along. The nine songs on May XXVI are melodic, memorable, and often moving in their own way. Toronto’s latest musical experience is a winner in every sense of the word and promises even greater days to come.