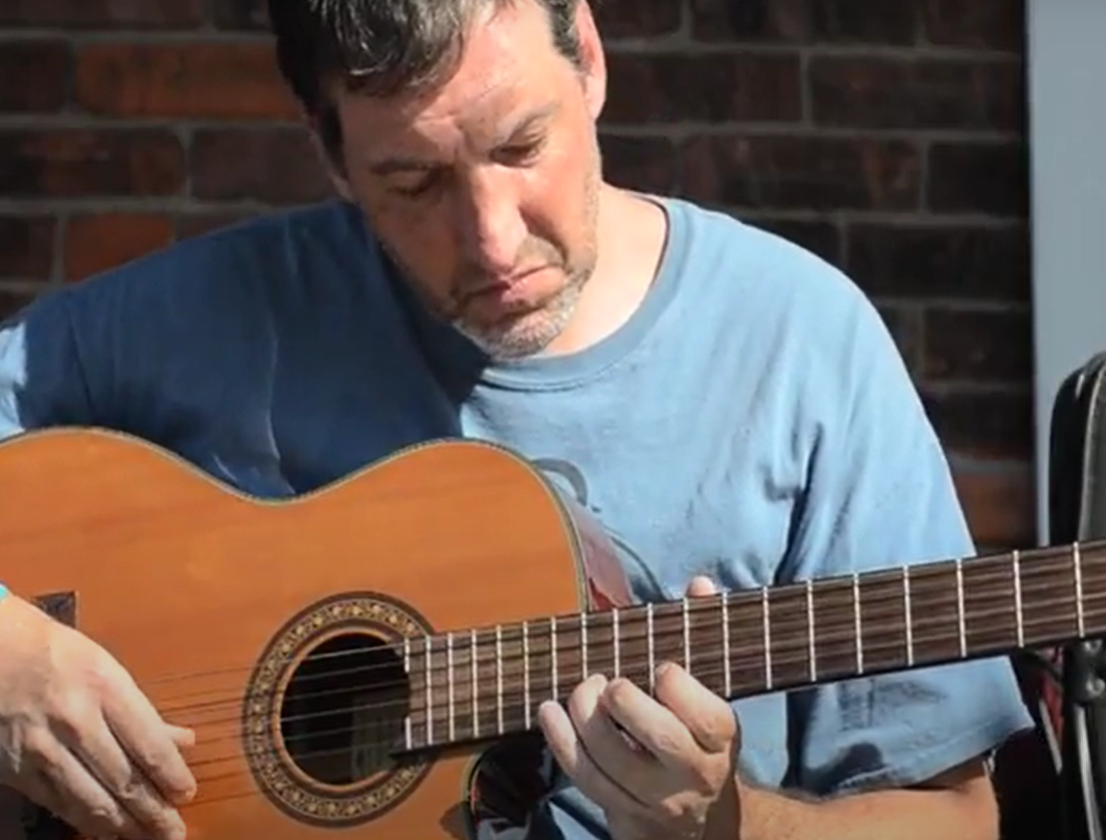 Unfortunately, for Ian Bouras, nothing comes easy these days, but you can never question his dedication. He has contended for years with Ataxia, a neurological condition compromising his ability to play guitar, but has nonetheless refused to allow himself to be silenced by this illness. He has released several projects in recent years, but A Blind Painter’s Guide to Coloring Breath has a particularly tortured history. The eight songs on this collection are demos. Bouras began recording the tracks but soon discontinued work on the release when he underwent hospitalizations in several psychiatric units. Bouras, upon release, found out he couldn’t remember how he wanted to finish the project and opted to make the collection available in demo form.

It is a good choice. Bouras obviously had these songs near completion before his medical condition made him stop working on the project. “A Fleeting Life in a Square” is an excellent first cut brimming with the assortment of elements that give him his distinctive edge. Nothing is rushed or self-indulgent. Bouras, instead, plays with the same lean economy characterizing his past work and the looping effects applied to his guitar sound. He invokes melodies in unusually signature fashion, but they are nonetheless recognizable. “An Evening at the Villa”, the album’s second cut, doesn’t have a romantic air so much as a light pastoral quality. Bouras conjures the mood of an individual watching stars from a balcony on a warm summer night and this underlines another strength of his instrumental talents. Bouras’ music doesn’t just make you feel, it makes you see. His looping technique never lacks ample color and its atmospherics are palpable rather heavy-handed and predictable.

There’s a sense of windswept desolation in the heart of “Mural of Moments at the Devil’s Tea Party”, but it doesn’t weigh listeners down with despair. It is more effects laden than many of the tracks on A Blind Painter’s Guide to Coloring Breath, but it never comes at the expense of the musical framework. You get the sense listening to Bouras’ work that it has a high degree of spontaneity, but there’s definite structure to each of the album’s eight tracks. “Perspectives” opens in a slightly off-kilter, dissonant fashion and Bouras develops the composition in creative ways from that point. The cut runs nearly ten minutes long, but never threatens to exhaust listeners’ patience.

The second to last track “The Necessity of Continual Movement” has Bouras’ customary top notch guitar playing and more focus than many of the compositions on A Blind Painter’s Guide to Coloring Breath, but many listeners will detect a certain amount of aimlessness to the track. Ian Bouras’ work poses a take it or leave proposition – some will love his distinctive work while others will turn a cold shoulder towards his often nebulous and even repetitive arrangements. It is, nevertheless, an interesting release by any measure and many newcomers to his music will be intrigued enough by his music to come back for more. There’s nothing quite like it from anyone else.