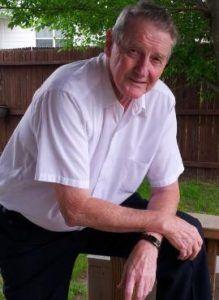 Knoxville, Tennessee – April 24, 2020 – Ray Hopper has been a creative soul for as long back as he can remember. Making rock music right before the rise of the Beatles, transitioning into country, and even recording a holiday tune. He’s done it all and then some but the fear of fame and fortune kept him from going on in. Today, he’s two albums deep and while the fame and fortune would be great, he’s at a point in his life where he just wants audiences to hear, relate, and enjoy what he’s made.

Throughout his lengthy career, Ray Hopper has written more than 100 songs. More than 90% of them rooted in country music, some could even be considered bluegrass. Not all, but some of those wonders can be found spread across two albums; ‘Trail It in the Wind’ and ‘Laying Here in My Sorrows.’ Both available now, they each showcase the best this lifetime musician has inside of him. From thoughtful lyrics to well-composed melodies, each track is as entertaining as the last.

“Ray is a new rising country star…Watch out, this boy is going to hit big time. And if he does, these CDs will become a collector’s item.” – Music Existence

Born in Georgia, but raised in Tennessee, Ray Hopper was always surrounded by southern sounds. However, it wasn’t until he received a Dear John letter from a former high school sweetheart while serving in the US Air Force that he was inspired to write his first song. After his time serving, he kept the journey going as a truck driver and penned many of his dozens of tracks while taking a break on the side of the road during a long haul.

Those interested in adding new country music to their playlists, reviewing either of his albums, or interviewing Rap Hopper for their podcast, site, or radio show can reach out via the information provided below.

About:
Ray Hopper presents a wonderful take on country music with hints of bluegrass sprinkled in between on two albums; ‘Trail It in the Wind’ and ‘Laying Here in My Sorrows.’