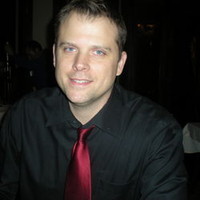 Jazzmeus is an electronic artist that makes you feel something new with each track. “Albinoni” sounds like a chaotic time. The beat is fast and it doesn’t let up. It’s like an EDM trip. With “Aura” you have a track that definitely doesn’t take a page from the last one’s book. It’s still upbeat but not as spastic. For some reason this one has a calming effect. Then you have “RuN” which would make you want to. It’d offer up itself to be a great motivator on jogs and in 5ks around the globe. The vocal parts of “Last Chance” make you think it’s your last chance to survive. They’re haunting to say the least. You feel a little enchanted as “Frost” plays. It has this royal vibe to it, almost celestial even. With Jazzmeus you get beats and sounds that span the spectrum but that all fall under the electronic umbrella. If you’re a fan of that scene then by all means do yourself a solid and check out Houston’s Jazzmeus. (https://soundcloud.com/jazzmeus)