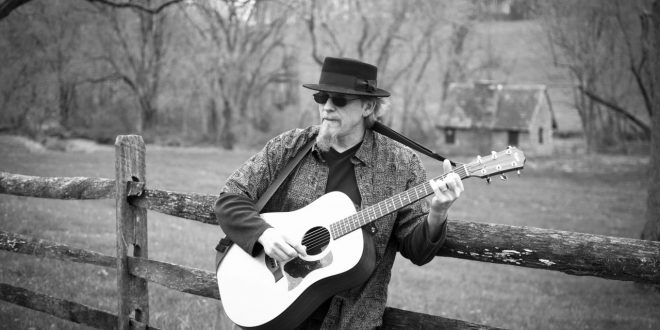 Running a little over four minutes in length, Jiggley Jones’ “Truthseeker” is a fine single that carries on the work of Jones’ first two EP releases and shares common sonic ad thematic territory with his new collection Not Your Typical Day Out. It’s a fine enough composition and performance that it deserves judged on its own merits It’s features delicately considered melodic strands from both Jones’ memorable voice and sensitively rendered acoustic guitar work weaving its spell just behind the vocal. The marriage of these elements work in seamless sympathy with one another to create a dreamlike effect over the song’s four minutes ten seconds and Jones’ voice is at the song’s center from the first, aching with feeling and realizing the song’s potential thanks to his attention to detail. “Truthseeker” deserves mention among the year’s best singles, genres be damned, and will likely rate high in many year’s end conversations.

The video for the song is well filmed and a thoughtful companion piece to the song without overshadowing “Truthseeker” in any way.

There’s a trio of musical elements powering the songwriting, outside Jones’ singing. The acoustic guitar that lays out the song’s changes, the lyrical swirls of fiddle leaving wide swaths of color stretching across listener’s consciousness, Jones’ crowning musical touch for the song, however, is the drumming that sounds played by hand. Despite the low velocity of the pounding, it manages to set an authoritative pulse for the song that shapes a much needed spine for the tune. Rarely are such deceptively simple songs so complete in themselves. The final touch sending the song over the top is Jiggley Jones’ vocal, a surprisingly fluid mix of gravitas and commercially viable sweetness, and the surety he shows phrasing the song’s lyrics isn’t just reflective of experience, but confidence in the song and the message he wants to convey.

The video stands on its own as an artistic work. The filming has coherence from the first that’s obviously attempting to dovetail itself into the song’s storytelling. These qualities merge into an impressive package, taken as a whole, and maintain a level of professional quality that’s far beyond indie or DIY. Jiggley Jones opted to produce this single and the creative hand he’s taken in all aspects of this release is reflected in the unity of the song and video together. He scarcely makes an appearance in the video until the song is nearly half concluded and, even then, the camera seldom lingers long on him. Instead, the other individual appearing in the video, the young girl we’re introduced to in the video’s earliest moments, deserves praise for her discernment and convincing portrayal of the song’s subject. Jiggley Jones’ “Truthseeker” is a worthwhile release in any form, but there’s a rare level of artistry present here that makes a mark on anyone encountering it.