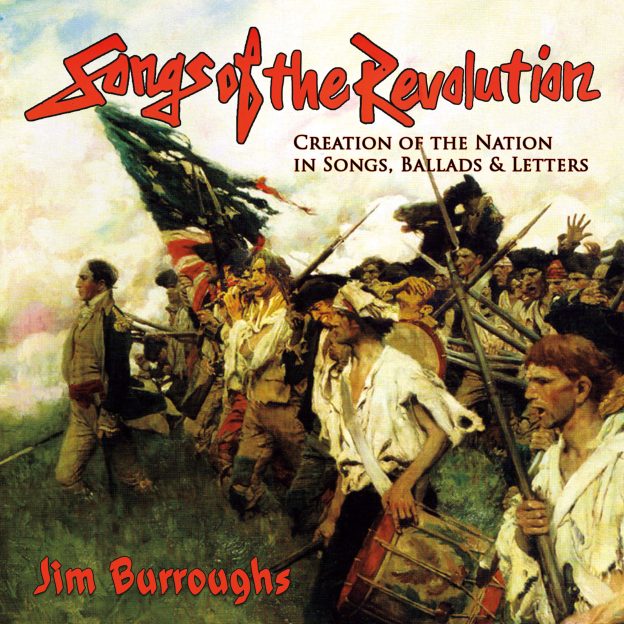 Los Angeles, California – It is not an easy task to bring history to life through music. It takes someone as musically sound as Jim Burroughs to achieve that. Jim is a composer, musician and vocalist, as well as a documentary filmmaker who considers himself a storyteller. His musical style is inclined towards country folk-blues that he often mixes with equal parts of world music and jazz.

Jim has come out with the newly remastered album, “Songs of the Revolution.” The album currently has 17 songs, with five brand new tracks. Each song pertains to a specific event that has historical significance in the context of the American Revolutionary War. He wanted to use music to teach young listeners and to remind older listeners of the decisions and actions of iconic leaders like George Washington and Benjamin Franklin, who dedicated their lives to securing freedom for all. Jim pairs a ballad-style score with poetic lyrics to invoke feelings of patriotism.

Jim has also produced historical documentaries like “Shadow Of Afghanistan” and “The Eighteenth Century Woman,” and were nominated for numerous awards. He gained recognition when his documentary, “Against Wind and Tide: A Cuban Odyssey,” was nominated for an Oscar. Apart from directing the documentaries, Jim also uses his musical talent to compose scores for his docu films and series.

“Songs of the Revolution” is a collection of amazing American Revolution ballads that take listeners back in time, creating an aura of colonial and revolutionary life with his country folk, and folk blues style. His narrative approach to every song he writes is melodic enough for listeners to lose themselves in the hymns and the story.

Listeners can download Jim’s album or get in touch with him by heading to https://songsoftherevolution.com/.

Jim Burroughs hails from Los Angeles as an all-round songwriter, producer, director, and composer. As a well-known musician in the entertainment industry, Jim is a skilled musical expert capable of composing beautiful ballads. He composes music representative of the folksy blues genre to share historical tales. Jim cites Willie Nelson and James Taylor as his major sources of inspiration, although his music has also been compared with that of Paul Simon. Jim’s life revolves around music as he writes scores for major documentaries, series, and short films.