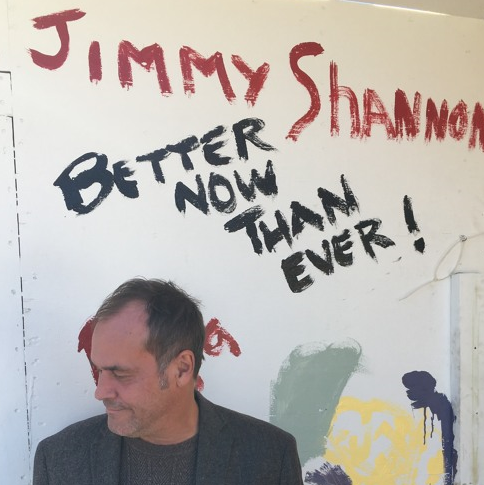 Jimmy Shannon – Better Now than Ever

Jimmy Shannon’s musical education has obviously been quite good. The latest release from this talented singer and songwriter, Better Now than Ever, follows up his 2014 release Better Late than Never and shows off wide ranging talents never restricting themselves to one musical direction alone. Instead, Shannon dabbles in a little bit of everything with a great deal of success – blues, folk influenced pieces, pop, Americana, all of these things fall into his wheelhouse and he shows equal confidence navigating through their demands. The eleven songs on Better Now than Ever are strongly focused, never wasting a word or note, and listeners will find their time well rewarded by pursuing this album from beginning to end. Jimmy Shannon is an unique and meaningful talent in a genre filled with paint by numbers technicians and derivative performers. Better Now than Ever is a breath of fresh musical air.

The first wave of that fresh air comes with the opener “He Said… She Said”. Some might think this song is a little too clever, even unnatural, but the duet format works well for these sort of quasi-exchanges between a male and female voice. Shannon doesn’t have the most powerful voice you’ll ever hear, but he uses it expertly and his ability to embody a song’s emotions. The album’s second song “Hometown” does well, but it’s the musical arrangement working in sympathy with the vocal that carries much of the song. However, “I Don’t Want to Lose You” is a pivotal point on Better Now than Ever where all the elements come together, each equally strong, and it helps makes this track quite memorable. The single biggest musical element, if you have to choose one, is undoubtedly the presence of horns on the track. Sometimes bringing those sorts of instruments into what’s, nominally at least, a rock track doesn’t work. The guitar work, drumming, and brass come tightly together here and make a deep impact. The musical slant of “I Love You” is about how well Shannon’s acoustic guitar works with a piano as counterpoint, a dominant theme on much of the album’s second half, but the lyric finds some new ways to express age old sentiments. Perhaps this is due to another nicely handled Shannon vocal.

Electric guitar brings some emotional exclamation points to “Reason to Stay” without ever diminishing its delicacy; in particular, the echo-laden lead work coming late in the song helps provide a near perfect coda for the song. Shannon’s lyrics have no trouble handling vulnerability. Taken in their totality and autobiographically, Shannon’s songwriting persona emerges as a man deeply empathic to the connections in his life. The slow, simmering blues feeling pervading “I Can Help You” is an unexpectedly excellent match for a lyric capable of surprising listeners with how well it articulates emotional insight while also sounding quite familiar. There’s a similar mood hanging over the song “Over and Over”, but it’s more thoughtful than bluesy and the vocals are certainly tackled in a different fashion. Better Now than Ever is a spot on set never settling for merely entertaining its listeners. Jimmy Shannon, to the contrary, wants it all. He wants to bring his audience pleasure with these musical arrangements, but he’s also written tracks delving deep into personal experiences showing his need and will to communicate. It’s an impressive all-around achievement.