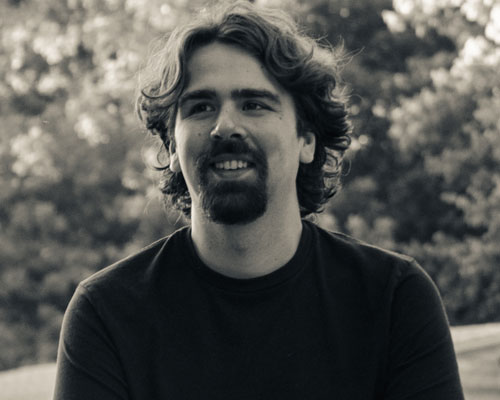 The sophomore album from Minneapolis based singer/songwriter Matt Hannah follows his critically lauded 2014 full length debut Let the Lonely Fade and sets the bar even higher than that memorable first offering did. The new ten song collection is nothing less than a poetic exploration of serious themes, all of the songs exploring similar ground from different musical and lyrical angles, far outpacing the work of many peers. The collection’s musical influences are, not unexpectedly, largely folk in origin, but there’s discernible shades of blues and country informing many of the performances and fits in nicely with his dominant approach. The lyrical content is often sophisticated, but never so much so that its meaning will elude listeners. This is a performer of deceptive power and remarkable clarity. He doesn’t waste a single note musically and, likewise, his writing has the sort of focus and intent lacking in countless other artists, regardless of genre.

The title song opens the album and lays out its themes in concise, emotionally affecting verses. Hannah’s voice is a careful, but deeply emotive instrument. He proves himself quite capable of nestling underneath the listener’s skin with the rustic, slightly bluesy flavor of his voice and a penchant for emphasizing just the right words. The accompanying acoustic guitar acts as a quasi-second vocal his voice plays off with loose, relaxed confidence. “Broken Hearts & Broken Bones” is a much more rugged gem colored with jagged electric guitar lines and vivid fills. The lyrics hinge on a strong chorus, but the verses are equally substantive. The pedal steel rising up through the mix on “Dandelion” blends well with the other instruments and the lyrics are a thoughtful character study not quite like anything else on Dreamland. The reverb laced electric guitar on “Set Free” is rather memorable and, essentially, provide the melodic hook upon which the entire arrangement swings, but Hannah’s vocals and lyrical content is up to the task and matches its quality across the board.

The hazy gentleness of “Something in the Air” is indicative of a song cast in memory. The lyrics have a decidedly elegiac quality and Hannah underscores that with the way he elongates certain phrases and lines. The past tense lyrics further reinforce the point. His lyrics are often distinguished by how he mixes general, universal details with much more specific imagery – it creates an effect where listeners have an opportunity to relate to the material while still recognizing that these are very personal statements from Hannah. “Gone” picks up a bluesy mantle and zips along at a brisk shuffle pace, but it gets stripped back during the verses so audiences can focus on the lyrics with a minimum of surrounding musical clutter. “Morning Song” seems to refer, lyrically, back to the opener and this helps make it quite a satisfying conclusion for the album. There’s a strong sense of circles being completed here and Hannah’s confidence helps communicate that further. Dreamland is a truly exceptional work of songwriting and performance from one of the best songwriters working today.