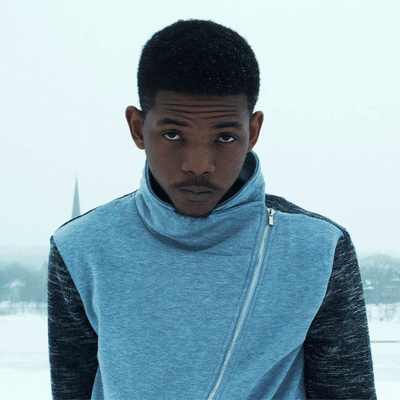 As responsible for the cultivation of a mood as any of the adjacent lyrics are, the bassline in JTK’s hot new single “No Be Mouth (feat. Tunji)” is an intricate part of the cocktail the Nigerian rapper – now based in Canada – is shaking up for fans this June. “No Be Mouth” isn’t steeped in bass-heavy indulgences, but were it not outfitted with a staggered bottom-end swing, I’m not sure that it would feel like the suffocating, inescapably seductive statement piece that it does today. JTK sounds like a man who has something big to say here, and no matter which perspective you break his new song down from, you’re bound to walk away with plenty of respect for his artistic credibility.

There isn’t a lot of percussive emphasis in this single, but with the physical nature of the vocal penetrating the flow of the bassline on a near-constant basis, there’s no need for any additional intensity from the drums. JTK might not be a household name, but he’s already figured out one of the most important elements that separates the big names in hip-hop from the scrubs; captivating his audience through instrumentation as much as he does poetry. The music is incredibly affective here, which isn’t something I can say for every rap song out right now.

I feel a lot of live potential when I listen to “No Be Mouth,” and not because of the chill-inducing friction between the low-end sounds and the sturdy vocal delivery at the top of the mix. Even at low volumes, JTK’s performance here has an anthemic vibe that tells me he could crush it in a stadium setting just as well as he could a small club in the heart of the city. His artistry has more of a progressive bend than it does a throwback energy, but for the time period in which he’s entering the spotlight, this is hardly a negative trait.

You don’t have to be the world’s biggest hip-hop enthusiast to dig what JTK is throwing down in “No Be Mouth,” but for those of us who have been following the genre’s storied underground for a long time, his arrival should be celebrated as that of another important player in 2020. There’s never been a more lucrative time to get into this game, and with the kind of chops that this young man is showing off in his latest single, it would be foolish to think that he isn’t going to go places a lot sooner than later.