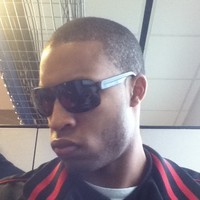 Kevin Prater goes by K.Prater and calls Atlanta, Georgia home. There he hones in on his craft. “From The Day we Met” is a sweet sounding song that shows off his vocal abilities and has a Ne-Yo feel to it. “Don’t Swerve” picks things up with a mid-tempo beat but still remains a place for K.Prater’s vocal abilities. Things continue on that path with “In The Club.” Never has a night out in a night club sounded so romantic. K.Prater knows how to lay down the romance with his music, this is especially true in “Wanting” and “It Feels So Good.” Be prepared to fan yourself once or twice while listening to his music. If you’re into music that makes you feel all lovey dovey, check out K.Prater. (https://soundcloud.com/kprater)