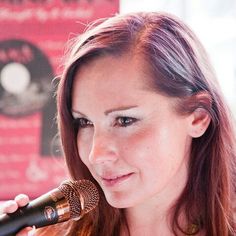 Kama Ruby is originally from Bakersfield, California. She’s been a performer since she was small child. She deftly plies that trade these days as a jazz singer. That’s not her only performing outlet, though. She also performs as an actress and as a dancer. This new two-song single is presented as a part of the publicity push for her new full album.

The new set is her third album. It follows the debut “Kama Ruby, Straight-up & Chilled” and its follow-up “Kama Ruby: Rock Dreams in Jazz.” You might guess from her description as a jazz singer (along with the titles to the albums) that a lot of Ruby’s sound is truly rooted in jazz. That’s a safe bet, and fairly accurate. She brings in a number of other musical styles, though. In other words, this is not pure jazz by my definition, really. Of course, jazz these days is a wide-palette that encompasses a lot of things, so you might disagree with that call depending on your own personal definition. That’s one thing interesting about musical styles. There is a real personal dynamic to where the lines are drawn from one sound to another.

The main song to this single is “Mistake.” Well, at least it’s the titular song. A big chunk of that is on the mellow side. I like the bass that dances around in the backdrop of it quite a bit. The music gets into some jazzier treatments as it moves forward. It has an almost modern progressive rock edge to it in some ways. It makes me think of Sonja Kristina and Marvin Ayres’ project Mask at times.

The “B-side” (is that still a thing?) of this is “Treasure Island.” With a guitar based arrangement, the cut seems to focus even more on that progressive rock sort of arrangement. The vocals make me think of Annie Haslam a bit. In fact, it wouldn’t be a stretch of the imagination to picture Renaissance doing this song.

I really like the nods and connections to progressive rock that I can hear here. I suppose those links might be less about this music and more about the connections, though. I mean, the Ayres/Kristina act I mentioned focuses a theatrical, artsy electronic edge. Perhaps the comparison to that sound here is more about the electronic nature of the music than it is about a real musical reference point.

When I made the mention of Renaissance, to a large degree that’s more about the vocals than it is anything else. That said, there is a certain folk music tradition that seems represented by the song structure itself. That’s the same kind of sound that Renaissance often turned to progressive rock through their particular interpretations.

Whether you hear the progressive rock in this or not, the mix of sounds here is intriguing. To call it strictly jazz, I think would be doing it a disservice. There is a lot of jazz here, but it’s more as a musical reference point, contributing factor, that it is a definition. The music may start with a jazz concept, but it’s not limited by it. All in all, this is a solid sampling of intriguing music.