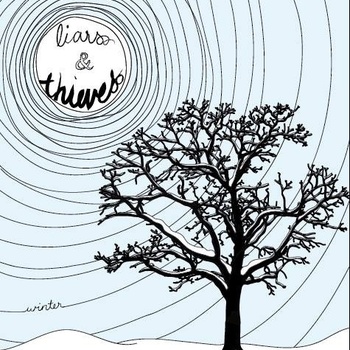 Liars & Thieves “Winter” EP” is a folk record that offers up a trio of well defined tracks. “Winter” reminds me of that “Inside Llewyn Louis” movie that’s out and about right now. The vocals sound as lonesome as the winter season, and all you want to do is keep them company. “The One” sets that same mood, but isn’t as strong as the title track. The last one on the record is “Young Lover’s Eyes” and is starts with this soft musical intro that makes you reminiscent for things that once were, moments that are now memories encased at the back of your brain. The lyrics start and it makes you fall hard for Liars & Thieves. Other than the “Winter,” Liars & Thieves has another one off single featuring Holly Cooper called “Act Of Dying.” You can hear why it wasn’t on the EP, it didn’t fit that mood but it’s still good and reminds me of early Matt Costa. If you’re into folk music, check out Liars & Thieves. (https://bryanadamjones.bandcamp.com/)