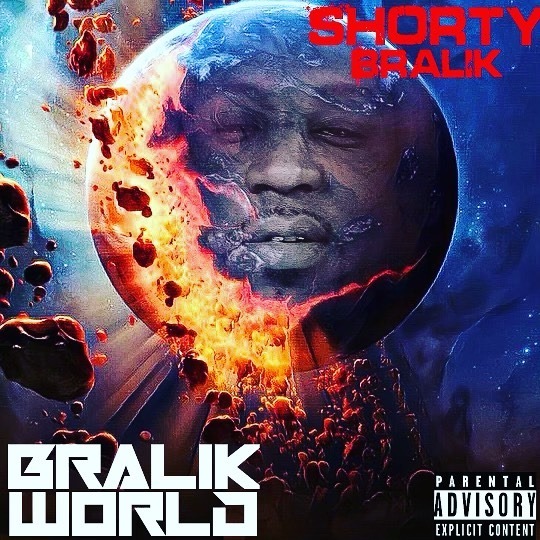 With a dynamic and eclectic grasp over the genres of Hip Hop and R&B, rising sensation Shorty Bralik is all set to break through once again with the release of a sensory and soulful new album titled ‘Bralikworld”

Immersing listeners in a whole new dimension, Shorty Bralik’s refreshing compositions are a brilliant fusion of songwriting that pierces through the minds and souls of listeners. Imbuing fans of Rap and Hip Hop with a newfound sense of calmness and tranquility, the hip new album ‘Bralikworld’ is an authentic and stunning new composition.

Having released on March 23rd ‘2021, the new album represents Shorty Bralik delving into his own personal stories that are both relatable and vivid, submerging listeners with soul and spirit. Heartfelt, soulful and mellow, ‘Bralikworld’ introduces listeners to his own world, melding together striking music and burning lyricism, to ultimately create singles that are both inspiring and touching.

“I’ve been in some dark spaces as well as the light spaces. I have a unique way of bringing them together…being a ‘storyteller’ that’s what makes my music unique,” says Shorty Bralik regarding the release of his electric new composition.

Check out his new single and discover more about Shorty Bralik through the links below and/or reach out via the contact information for interviews, collaborations, and promotional access.

Shorty Bralik is a stunning emerging artist who has had significant experience in using Hip Hop music to channel his own emotions and sentiments, doing something that very few Rap artists and musicians today do. Carefully creating records that are both enthralling and poignant, the growing Norfolk-based artist is set to become Virginia’s best kept secret. Releasing a striking Hip Hop album in 2017, titled ‘Real Right Big Homie Season’, the rising artist continued his musical journey, releasing another Rap album ‘Armor Trukk Dreams’ in 2019.

Describing himself as a storyteller who uses his songwriting and striking musical compositions to produce art that reflects important themes of loss, life and hardships, Shorty Bralik intends to fortify his position as a fiery new sensation in the genre. He wishes to develop and evolve his talents, while connecting with his fans through moving and inspirational musical compositions.