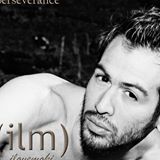 Moki seems like the kind of guy who just wants to move and make others do so as well. “We Just Want to Have Fun” is the definition of a night out with friends. It’s got this poppy demeanor and doesn’t let down at any time. “Obsessed” isn’t about that Beyonce movie (remember that wonderful trainwreck?) thankfully because it’s better than that. It’s just like the last in that it has a positive energy about it. “Persevere” isn’t as fun as the other two. It seems more serious than the others, so this one isn’t recommended for the dance floor, maybe just a solo party at home. “Until Forever” is like the latter, except the vocals are showcased more in this one instead of the beat. If you’re a fan of music that could be played in between sets at a Britney Spears show, music that keeps the pop enthused crowd hyped, then check out Moki. (https://www.facebook.com/il0vem0ki)