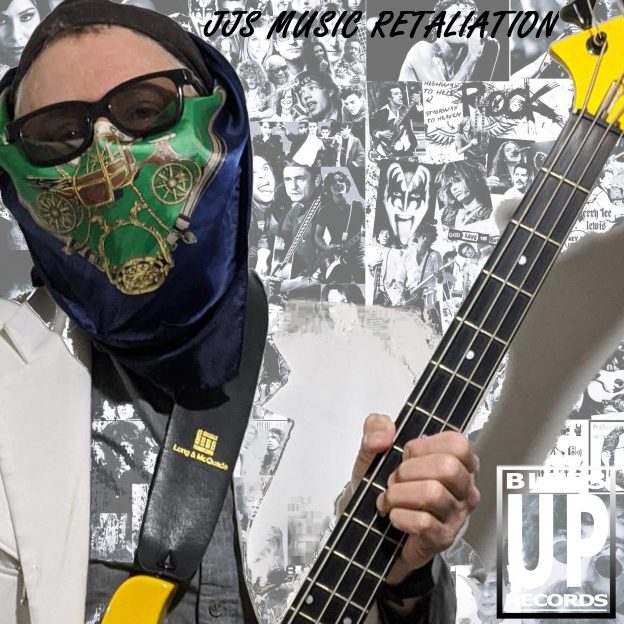 Toronto, Canada — Intrepid guitarist, singer and songwriter JJ is mixing and mashing genres like a mad scientist to concoct his own blend of musical intoxication which threatens to shake tradition to its core. Armed with a seemingly endless satchel of guitar solos and soaring Synth leads and rhythms JJ has a knack for combining searing riffs with funky, grooving beats, this is the refreshing burst of experimental rock the scene has been thirsting for.All songs are completely original.

Hailing from Toronto, JJ continues to make a name for himself throughout the indie music circuit thanks to his eclectic, yet trademark sound that drips and oozes from each and every song he pens.

Driven by “creativity in its pristine state,” this unique style feeds off the unbridled, rampant inspiration and experimentation embodied by JJ himself. Many Internet Radio Stations are playing his music! In fact one of The DJ’s on a major Internet Radio Station wrote this to JJ “I can tell you something my friend. You sir rock! Really every single song you have submitted is amazing. And really you are an amazing artist!”

He received much encouragement over the years from the former guitar player extraordinaire for Steely Dan,Elliot Randall whom JJ was in touch with for many years.

JJ released his solo debut Return to Regalia in 2008, which generated thousands of plays via Spotify and Last.fm .In 2010 he collaborated with Scott Hill to make the album Ancient Futures.

JJ earned his nickname from musician and producer Scott Hill of Astranova Records who has recorded with former Black Sabbath keyboardist Jez Woodroffe.He called him JJ Hendrix due to JJ’S advanced guitar skills

JJ’s Music Retaliation continues to roll on, releasing their latest single “Watch It” through Bless Up Records of Durban South Africa.

Watch It! | Bless Up Records

JJ’s Music Retaliation continue to carve out their own niche within the industry.

Check him out on ArtistPr and ReverbNation to sample some of the delectably new sounds of JJ’S Alternative Multi Genre compositions today.