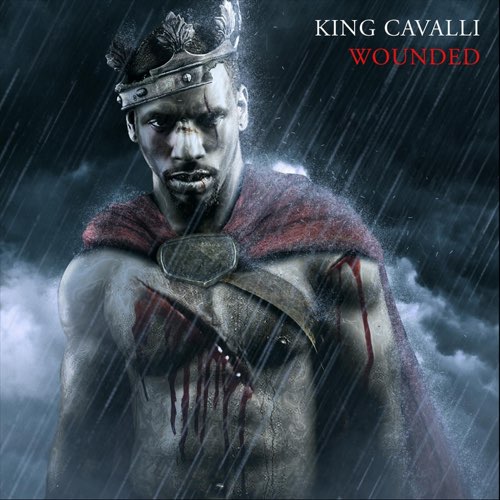 Miami, Florida – July 21, 2020 – After King Cavalli found himself amidst a divorce at 24-years-old, he was upset, confused, and angry. Common emotions tied with the reality of ending one’s marriage. Today, he has channeled those emotions into two creative endeavors. The first being his book, ‘24 & Divorced,’ and the second being the album inspired by said book and events, ‘Wounded.’ His book is available on Amazon, while ‘Wounded,’ can be found on all major music and streaming sites.

24 was significant for King Cavalli’s latest releases. He was that age when divorce hit him like a bag of bricks, and coincidentally that is how many tracks can be found within the confines of ‘Wounded,’ along with two bonus tracks. The album follows one man’s journey through the darkest of times on songs like “Care For You,” “How Did We Get Here?” and “Mess I’ve Made.” Beautiful deliveries throughout by King Cavalli are matched by the myriad of guests on the record including Chris Human, Biance Rhodes Jhentell, Salimah, and Mr. Parker. With that, King Cavalli even has a new track available soon that summarizes those times, “4am.”

“I wrote this song based on my book ‘24 & Divorced.’ After my ex and I separated I found myself waking up in the middle of the night EVERY night for years in anxious fits of rage. I would wake up around 4am and just get flooded with panic and confusion. I remember asking where she was/why me/is this really the end of us? Hopefully, this heals someone else’s heart.” – King Cavalli

‘Wounded’ is King Cavalli’s ‘24 & Divorced’ put to song, but for those interested in reading more details – it tells the true story of the lowest point in this musician’s life. The tales found on the record and the in the book have been getting rave reviews. So much so that he has been approached by movie and TV studios to bring them to the screen by Emmy-nominated producers.

Those interested in adding new R&B music to their playlists, reviewing ‘Wounded’ or ‘24 & Divorced,’ or interviewing King Cavalli for their site, podcast, or radio show can reach out via the information provided below.