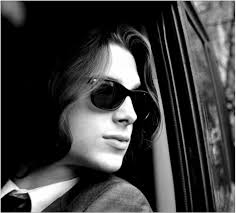 Anyone who thinks cutting edge soul and R&B music is a thing of the distant past needs to hear this album. Post haste. Nick Black’s debut The Soul Diaries served notice that a major new talent had arrived on the scene, but his second album Deep Blue is a tour de force moving through an astonishing variety of sounds without ever losing its grip on the genre’s central strengths. The songwriting subjects don’t stake out new ground in the annals of popular song, but they treat these tried and true subjects with an individuality listeners don’t often here in 21st century songwriting. The songwriting’s touch with unique turns of phrase extends to his equally idiosyncratic refurbishing of seminal American-born musical styles. It never sounds hollow. Instead, this creative re-envisioning of the form resurrects the style for modern audiences without ever losing the music’s core spirit.

“Ocean”, the album’s opener, does an excellent job of taking a tried and true subject in popular song and gives it an unusual personal spin. “Grownups” is one of a few songs on Deep Blue that begins with Black’s voice leading the way solo into the song and it has one of its nicest effects here. There’s something oddly reminiscent of Paul Simon in this song, but cut with considerably more soul panache and a little understated funk. The latter quality isn’t understated at all on “Falling into Life”. It has a deep keyboard laced groove introducing the song before neatly segueing into a loping tempo. Black can’t sit still on this song however and the band shifts through an assortment of elegant tempo changes. Some might long for him to settle in one direction for a long period of time while other listeners will enjoy its wide net. Deep Blue takes a turn into the languid ballad with the song “D.I.Y.” and it’s one of the album most successful forays into that style. It has a deliberate air, but the players are so good that they conjure great atmospheric in spite of the careful construction. The album uses backing singers at their best to their point.

“Let’s Be Glad” has a noticeable gospel tinge from the beginning. It’s just Black and a piano at first before backing singers join and easily surpass their contributions on the preceding song. He captures the sound he’s aiming for on this song quite easily, it seems, and the lyric perfectly matches its spirit. The words are just empty vessels; it is quite beautiful for sustained periods of time. “The Worst You Can Do” is some singer/songwriter material with an acoustic slant that manages to bring their influences into commercially minded fare. It’s one of the album’s sleeper tracks and worth repeated listens. “Reason to Stay” wouldn’t have sounded out of place on an old Muddy Waters album. Black might not have the rugged, rough hewn gravitas of an old Chicago blues singer, but he throws it out there with a tone and phrasing all his own. “All Over Again” ends this strong album with one of Deep Blue’s most propulsive cuts and Black’s singing puts an exclamation point on the entire enterprise. There are some slight missteps here and there on this sophomore album but it is a more than significant step forward from even the high promise demonstrated on his debut. Nick Black’s Deep Blue is the latest peak in a career not yet having reached its potential.