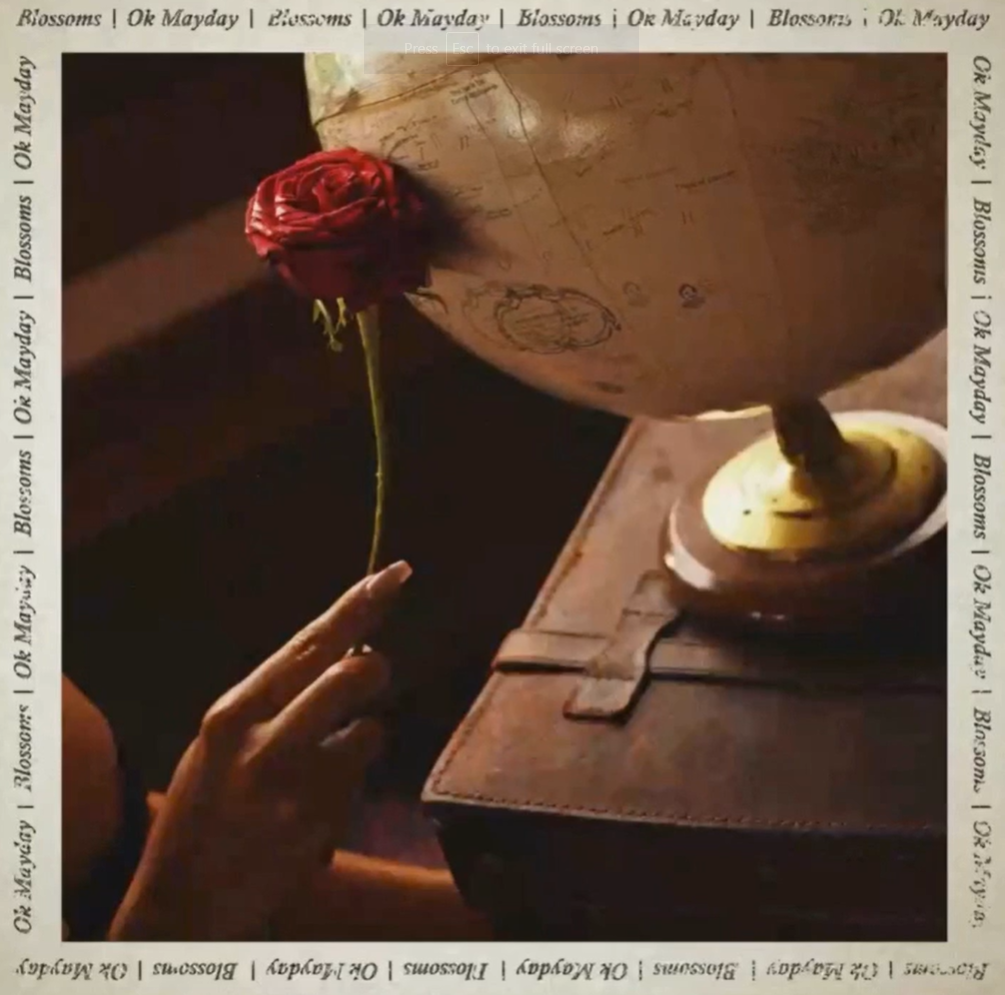 While it can certainly be said that there’s a lot more to the new single and music video “Blossoms” from OK Mayday than its fascinating melodic ribbonry, its atmospheric harmonies are definitely a focal point during all four and a half minutes of its running time. Delivered in a near-whisper in the initial verses of the song, the vocal leads us down a string-laden path of decadence that only swells as we get deeper into the track. The faceting is soft as silk, and although the poeticisms are strong and heartfelt, they wouldn’t feel quite as emotional were they afforded any less of a backdrop.

The lyrics here are definitely on the same cerebral level as the instrumentation, and depending on the lens through which you examine their underlying narrative, they’re absolutely on the multi-interpretive side of the artistic spectrum.

The music video expands on the theme only slightly, instead sticking to a more familiar framework that balances out the eccentricities of its soundtrack rather brilliantly. For all intents and purposes, I think this just might be the most complete look OK Mayday have shared with us to date, which is quite the statement to make when considering their last few tracks of note.

From its warm and inspiring video to its supple beats, each of which feels a little more enrapturing than the one that came before it, pop fans are almost certain to enjoy what OK Mayday are laying down in this most recent studio cut. “Blossoms” isn’t a groundbreaking experimental endeavor by any means, but I do think it exhibits some new elements from within this band’s sound that could yield something quite intriguing in the near future.

They’re into a new chapter of their career, and moreover, a new decade in pop culture, and this single and its music video signal how eager they are to establish themselves for a new audience’s enjoyment.