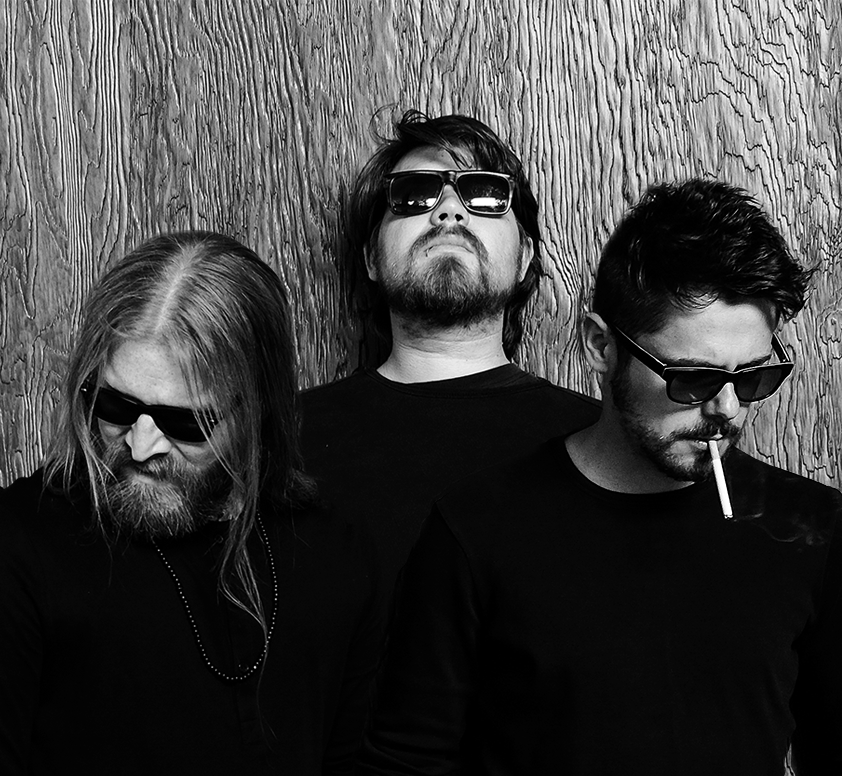 What you see when you look at an abstract painting is, first of all, colors on canvas. Some form a contrast, others bleed into one, some strokes run along with each other, others are diametrical. You will form an emotion long before you’ll form a concept. It is, above all, suggestive. The same goes for instrumental music.
With no lyrics to interfere, Ordeal & Plight send the listener on a suggestive journey on their eponymous debut album. The canvas is painted with soaring Post-Rock anthems that counteract or bleed into devastating walls of Doom Metal. On 11 songs, crisp lead guitars soar over swampy, cold riffs that emerge from an ambient background. It is this duality that defines the refreshingly experimental sound of this hidden gem of an album, and it is mirrored and framed by two of its finest tracks, Mnemosyne and Lethe, named after the two rivers of the underworld in Greek mythology.
While the album opens with rather calming guitar picking and is layered with overdub melodies on Mnemosyne, this river of remembrance runs wild all of a sudden to carry you down memory lane, only to be flushed away with the violent ending chords of closing track Lethe, aptly named after the river of forgetting.
What happens in between these two tracks is nothing short of an auditory epiphany. From the sophisticated tapping on Patron of the Embalmer to the stadium anthem Your Patience, the three-piece band pulls off a mesmerizing bouquet of styles, genres, and emotions.

“We want to give the listeners the chance to dive into this album without any real guidelines – hence the lack of lyrics. This should be their very private experience, and we allow them to keep anything they find along the way and bring up to the surface. We weaved a lot of personal patterns into this recording, but each listener will reconfigure these for themselves, make it their own emotional and intellectual experience, their own album.”

All of this is delivered with a distinctive feel and confident technique that proves these guys have been knowing their instruments for decades. This comes as no surprise considering that all three members, H, R, and K, have been recording and performing music on their own for years, coming from genres as diverse as Black Metal, Jazz, or Folk Rock, prior to starting the project Ordeal & Plight. Following the release of their debut album on indie label Chaosthrone Records, the band went on to play a range of live performances, and currently works on their sophomore album.