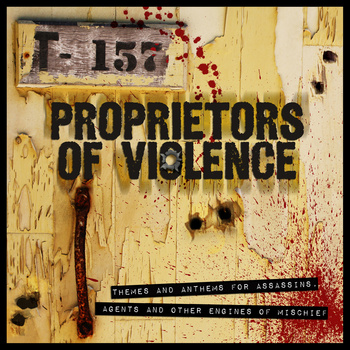 Take a trip back to the chaotic days of the Wild West with Los Angeles’ Proprietors of Violence, a haunting outfit of true innovators hell-bent on smashing the musical boundaries which plague the contemporary scene. Completely instrumental, their album Themes and Anthems of Assassins, Agents and Other Engines of Mischief utilizes everything from banjo, dobro and jaw harp to African percussion to create a melting pot sound of rock, bluegrass and folk.

Serving as somewhat of a soundtrack to the old days of the American frontier, Proprietors of Violence color completely outside of the lines during the 10-track album with stunning success. Even better are the ominous song names, including “Full Split Trigger Man,” “Deviltry in the Dice House,” and “Redemption for the Judas Steer.”