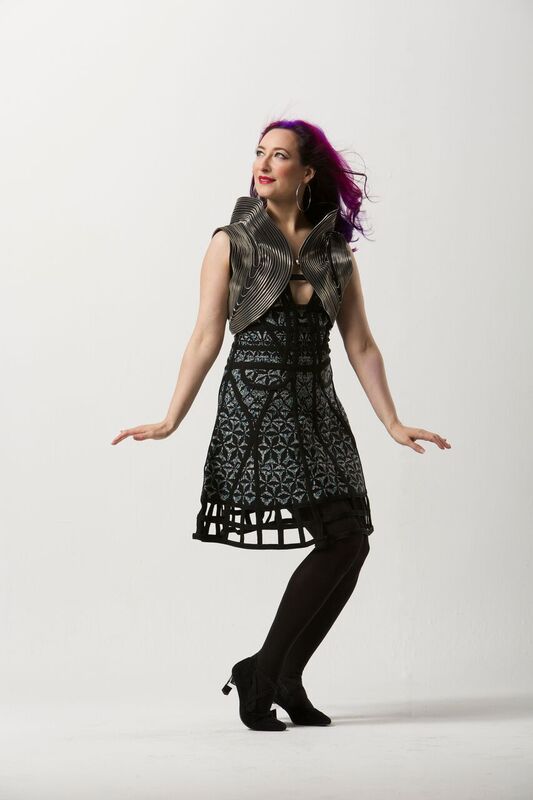 Rachael Sage’s one of the most multitalented artists out there – from ballet, through music and songwriting, up to painting and graphic design, there’s almost no art form that she’s not experienced in. She even played in theater while she was studying in Stanford University and became famous in the Bay Area for her acting and music. Her passion for songwriting began in her teens. “Choreographic” is Rachael Sage’s 13th full-length album and despite the fatal number, it’s been very well received by critics and fans alike. She shares that “Choreographic” was a way of getting back to her roots – dance. In order to achieve that, Rachael isolated herself in a hotel room and, drawing inspiration from ballet, “envisioned” the music as a dance. She carefully combined elements from pop, folk and rock until she created the masterpiece “Choreographic”.

Rachael Sage performs live with the band The Sequins, as well as various guests. The main line up consists of Ward Williams (cello), Kelly Halloran (violin) and Andy Mac (percussion). Naturally, Rachael not only sings, but also plays the guitar and the keyboard. When “Choreographic” was recorded Sage had the perfect team on her side. The co-producer Andy Zulla, a Grammy winner who has also worked with stars like Idina Menzel and Rod Stewart, as well as the Grammy nominated engineer John Shyloski (who has worked with Johnny Winter, Diana Ross) were both behind Rachael ‘s back. Other musicians that contributed to the album include violinists Rachael Golub (Adele, Sting) and Lyris Hung; cellist Dave Eggar (Coldplay); drummer Doug Yowell; guitarists James Mastro and Jack Petruzelli; bassist Mike Visceglia and multi-instrumentalist Peter Adams.

If you want to listen to Rachael Sage’s new album, you can do that on her official site. Naturally, not all songs are available for free just yet, but the ones that are, will surely convince you to buy the rest. The first song you could listen for free is “Heaven (Is A Grocery Clerk)”. It’s an optimistic, beautiful ballad with gorgeous vocal line, amazing instrumental bridge and fun lyrics. The way Rachael finishes her phrases reminds me a lot of Alanis Morissette. Another track you’ll be able to enjoy is “Loreena”. This is a nostalgic, gorgeous piece with beautiful lyrics about how telling the truth to someone, even when it’s hurtful, is an act of love. There are some amazing lines in this song – my favorite being “You wrap yourself around somebody else’s anger and/ Suck out the poison ‘til you’re clean”. Another song from the album is “Try Try Try”. This piece reminds me a lot of Joan Osborne’s hit “One of Us”. It’s a beautiful song about being madly in love. Once again, the lyrics are great – I especially liked the line “He spun a web around me like a spell”. Without doubt, the piece that steals the show is “I’ve Been Waiting”. This smooth, amazing blues could not leave you apathetic – it will magically take you to a romantic rose garden in the moonlight.

Rachael Sage’s an amazingly talented song writer and performer. She has earned her place on the music scene and there’s only one way she’s going – up.