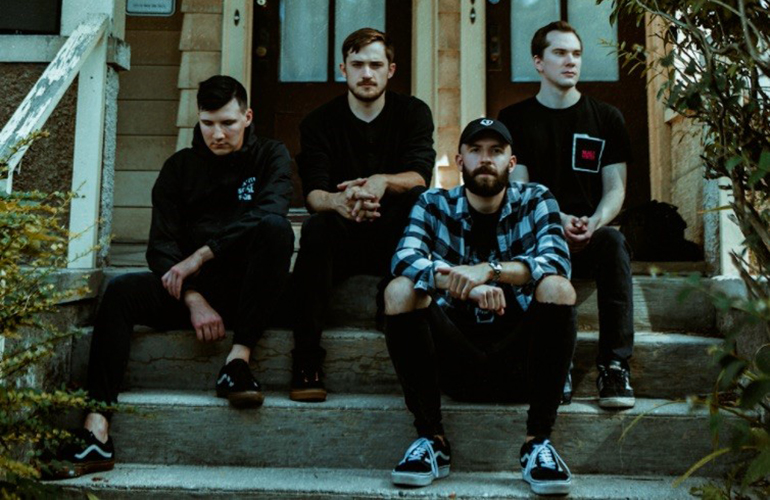 If you were under the impression that an acoustic guitar can’t churn out epic riffs just as well as an electric six-string can before coming across “As Good As It Gets” this summer, the latest single from pop-punkers Wolf Rd will have you feeling a little different at the end of its 3:33 run time. Rather than painting on a pastoral canvas with the brittle harmonies in this piece, Wolf Rd are sticking with a rock n’ roll mentality and breaking off one of the smarter acoustic punk tunes I’ve heard on either side of the country lately.

There’s definitely a hearty emo influence in this track that isn’t limited to the lyrics at all, but instead spreads out across the anthemic structure of the riffing and bleeds into the narrative of the melodies without fail. I like that there isn’t any breakage between the themes in the instrumentation and the verses in this song, as has become quite common in a lot of the alternative rock I’ve been listening to this summer. There’s something special about streamlined songcraft when it results in a cohesive sound, and because others are falling short in this department, Wolf Rd sound all the tighter here.

This is a really addictive hook that I could listen to on repeat in the car, but I wouldn’t chalk up the driving feel of the music to the swing of the climax exclusively. Let’s be perfectly honest here – Wolf Rd are ripping through these lines like they’ve got something to prove about the depth of their punch, but they’re not coming off unfocused or reckless in their delivery at all (this is the pop element in their brand of pop-punk if you will). Every part of their attitude makes this an empowering number, as opposed to one specific component of the track alone.

The music video for “As Good As It Gets” is simple but gets the point home to us without feeling like a stripped, overly conservative look for this band at all. The rhythm of the instruments guides every frame and draws us into what inevitably feels like a rather bucolic and intimate sequence of scenes in the video, which is a far cry from what a lot of the competition likely would have made. There are no campy references to what is admittedly a pretty damn good Jack Nicholson movie of the same title as this song here; there’s just free-spirited play reimagined beside lightly cinematic imagery.

I initially came into this review feeling like Wolf Rd were Chicago’s answer to New Jersey’s lauded The Brothers Union, but now that I’ve spent a little time with “As Good As It Gets,” I don’t know that comparing them to another alt-rock act is fair at all. What they’re doing is more unabashedly punk than it is anything else, and even in this acoustic setting it’s difficult to step away from their performance without thinking about the emo explosion that took over MTV some fifteen years ago. I want more from this band, and “As Good As It Gets” might be the reason why.