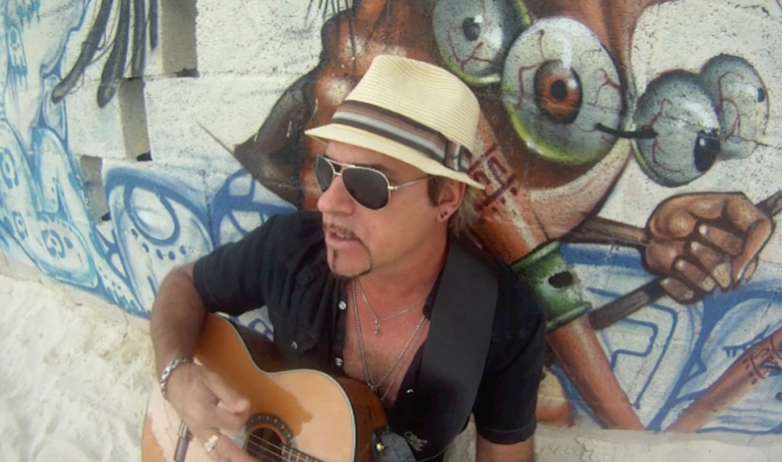 Many will say that an out and out blues album in 2019 is destined to be little more than a curiosity and its appeal is limited to a narrow range of music fans that are far removed from the mainstream. Anyone who loves authentic blues that hears Derek Davis’ Resonator Blues, his third solo album, will fall in love from the first listen. The title song starts things off and Davis’ slide guitar work leaps out at listeners, full of fire and soul, and you can’t help but hear something signature in the way Davis attacks the strings. It isn’t without artistry however. He has a real touch on the instrument and his accompaniment is spot on with the way the other instrumentals dovetail into what he’s doing with his guitar. His vocals are equally satisfying and create a dialogue of sorts between his voice and the guitar.

That dialogue between his voice and the instruments continues with the album’s most recent single “Mississippi Mud”. It is one of the instances present on Resonator Blues where you can see rock influences peeking out from behind the blues as he shifts the song’s feel and texture from acoustic to an electrified attack. The vocal is exceptional as well, easily one of the best on the album. The streak of excellent vocals continues with the acoustic track “Penitentiary Bound”. This is a song and lyric with a long tradition in blues music, but Davis doesn’t pursue a strictly blues sound here and relies on guitar work dispensing with the frills we’ve heard in the earlier songs. It makes for a nice change of pace without ever taking his audience out of the moment.

“Jesus Set Me Free” is practically delirious. The song and its music does an excellent job of capturing the exhilaration you might experience if you felt such emotion and Davis’ vocal does a first class of job of balancing its approach between finesse and outright abandon. “Red Hot Lover” begins with a slide guitar rave up before the full band comes in and sets the track on a torrid pace for the entirety of the tune. It’s standard fare lyrically, but Davis goes at the track with such unyielding energy that you are swept up early on and carried along by his confidence. “Death Letter” finds Davis mining blues’ distant past for a gem of a tune, recorded by many artists over the years, and you can’t help but applaud in your mind as he succeeds in putting his own personal spin on the tune thanks to another hair-raising vocal.

The covers continue with his version of the warhorse “It Hurts Me Too”, possibly covered even more than the aforementioned tune, and Davis amps up the electrified blues muscle on this tune to make it one of the album’s hardest hitting numbers. It also has a kinetic live quality, bristling from the first, and both the vocal and guitar work are lively in a way you seldom hear from anyone, but that seems commonplace for Davis on this release. If I had to choose only one word to define Resonator Blues, it is passion. You feel everything about this album from the first listen and it makes me hope that he turns his creative attention to blues music again in the near future.