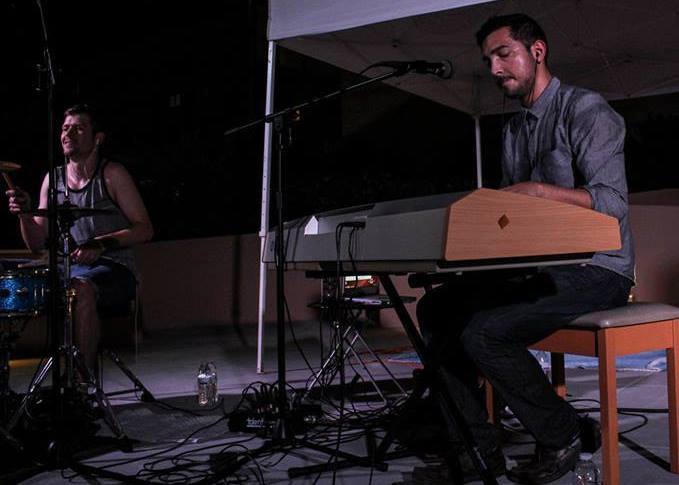 Doctor Omar Qazi’s moonlighting side gig as primary songwriter and lead vocalist for the Orlando based four piece Reverist makes a certain amount of deeper sense. The five songs on their debut EP, Dreaming Onward, have a well-worded positive outlook on life that remains fully cognizant of our struggles. This is the sort of big picture outlook that we ideally associate with physicians. Qazi and his band mates have married that particular point of view to a lush electronica sound, sometimes dense and chaotic, anchored by drums lifted straight out of rock music. The assertive percussion gives each song a surprising energy that one doesn’t typically associate with pop songs. The production accentuates the music by bringing it close to the listener and keeping things physical, if not raw.

“Superhero” is a superb introduction to their sonic template. Synthesizer and keyboards are the band’s preferred method for conveying melody and the design remains consistent throughout. It’s a heavily layered approach favoring targeting emotional responses rather than looking to wow listeners with heavy-handed displays of virtuosity. “Machinery” opens on the back of Qazi’s clear-as-a-bell baritone and a slightly phased electronic pulse before the percussion enters. The arrangement and instrumentation give off hints of a pending explosion, but the climactic moment never arrives in a satisfactory way. It shares a small bit of uncomfortable familiarity with how the music bottoms out briefly in the song’s second half only to soon resume for a particularly emphatic coda. “About the Past” crackles with attitude and defiance from the outset – Reverist clearly have no desire to waste time with this one and challenge the listener to stay still from those first seconds on. The forceful charge of the song doesn’t mean the band sacrifices all nuance – those moments are much more fleeting however.

Reverist continues in a rock oriented vein on the EP’s penultimate tune, “They Are Weak, But We Are Strong”. Reverist’s writing makes excellent use of rock dynamics while still pursuing strong vocal and instrumental melodies. Qazi’s singing has the same sort of spontaneous theatricality heard in the music and his emotive talents really bring the song’s lyric to life. The EP’s final song, “Dreaming Onward”, lacks surprise in some ways. Those who expected a young band to make their debut’s title cut the longest track on the release will not be disappointed. The song doesn’t dwarf earlier efforts in length, but it is clearly reaching for a bigger statement. Reverist succeeds on this score. They revisit the elements defining the preceding tracks while expanding their lyrical ambitions and extending the instrumental passages.

The EP’s construction means a lot to its ultimate failure or success. It is unlikely that many will find any fault with how Dreaming Onward unfolds. It stays consistent throughout and shows evidence of a hopeful, evolving mood climaxing memorably with the title song. Music fans that normally dislike synthesizers and keyboards playing a prominent role will be converted by how Reverist uses them here and the songwriting shows undeniable potential.