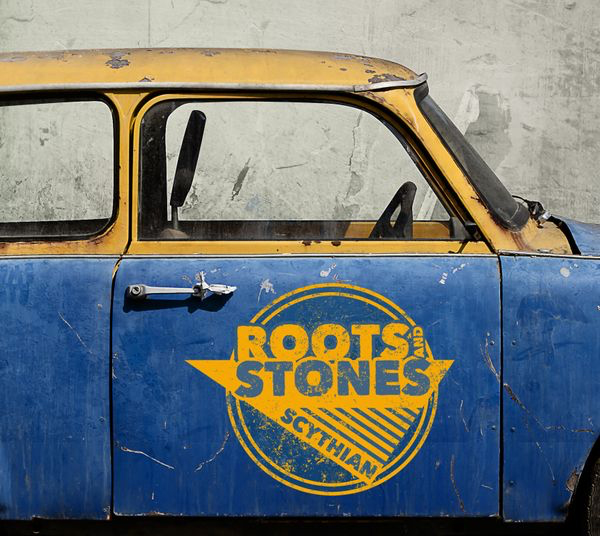 In their latest release, titled Roots & Stones, folk-rockers Scythian continue developing the sound that has brought them a lot of attention in the underground over the years while expanding on their creative approach totally. Scythian don’t come into songs like “Je Suis Coureur Des Bois,” “Best Friend Song” or “Sweet Maryanne” sounding like the same group they do in “Virginia,” “Men of the North” or “The Fight;” not for lack of artistic cohesion, but because of the multilayered artistry they’re employing so brilliantly in this most recent studio offering to bear their moniker on the cover.

There’s a heavy Americana influence to all of the material in Roots & Stones, but in “The Bruce,” “Broken String” and “Sail Away Johnny” in particular, it’s impossible for even the most casual of listeners to ignore. None of it sounds specifically southern in tone but instead drawn as much from a western perspective on the aesthetic as it is anything from the eastern side of the country, and as much as this might seem like a minor and insignificant detail, this is hardly true given the context of this release. You won’t find many of their contemporaries trying as much in their work, and this alone makes the album a unique release.

This tracklist has a terrific flow that sometimes feels more like a jam session than it does a standard studio album. “Galway City” and “Duffy’s Cut” have as unforced a feel as “The Motherland” or “Virginia” do, and when enjoyed in the same sitting these songs sound like content undisputedly cut from the same creative cloth. There’s no putting Roots & Stones down once you get into any of its tracks, and if you don’t believe me I would challenge you to get started anywhere in its material with the goal of taking a break before finishing the whole LP.

The percussion in “Fire in My Heart,” “Best Friend Song” and “Sweet Maryanne” gets more spotlight than it ever would in a typical trio of folk-rock tunes, and it’s elements like this that make it hard to classify Roots & Stones among the other pastoral indie efforts hitting record store shelves this season. Scythian absolutely have no interest in trying to condense their sound to fit the standards of another, perhaps less than erudite group of musicians or producers, and though ambitious, this approach is producing some of the best content I’ve heard in years here.

Scythian have been at this game for a number of years now, but with Roots & Stones sounding as fresh and unique as it does, I don’t think there are any signs within their music of a slowdown coming anytime soon. They’ve done a great job of growing with the times and their fan base, and despite the pressure that comes with having a style of music as untouched by the commercial element as theirs is, I believe the example they’re setting at the moment is one that a lot of young indie units should think about following.