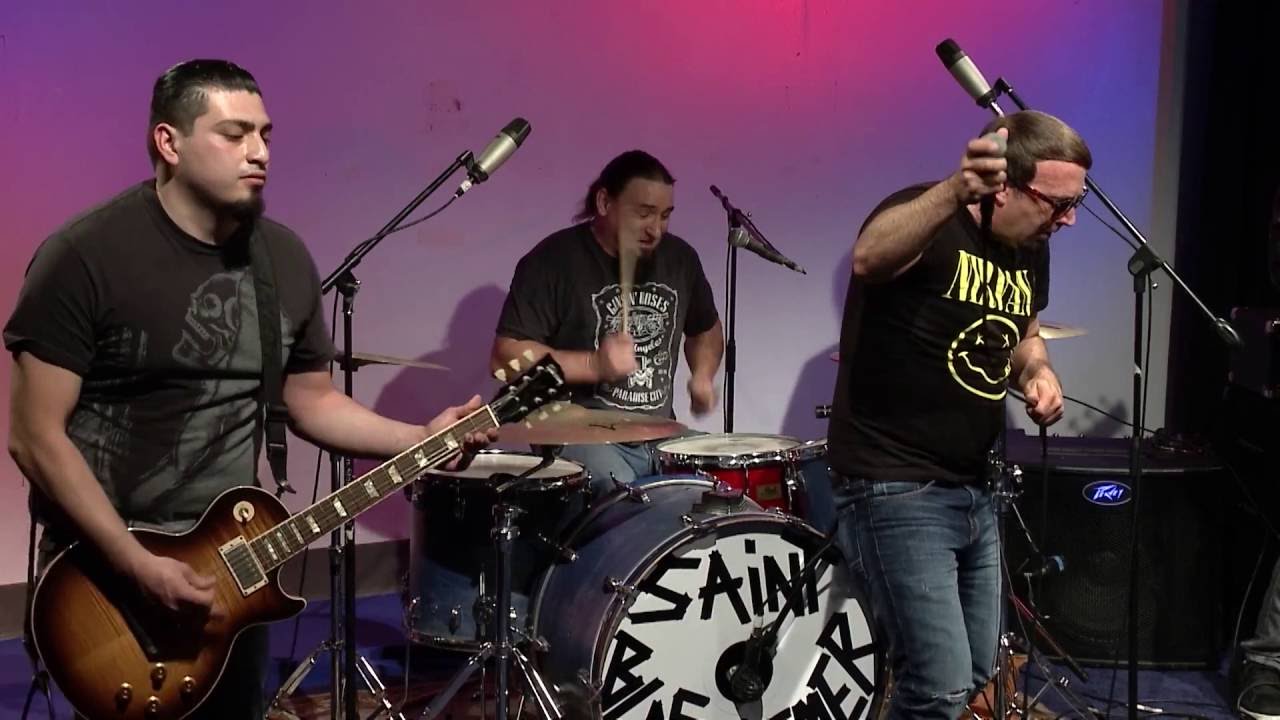 The first original material from Southern California based band Saint Blasphemer is challenging both lyrically and musically. Writer Thomas Monroe has some local renown as a talented poet and his lyrics are driven by memorable imagery and a convincing voice without ever sacrificing accessibility. His broad based depiction of the ravages drug addiction has inflicted on his area and network of friends is vividly rendered and accompanied by a high octane musical attack and arrangements that are to the point, but never bereft of subtleties. The band’s creative vision is quite firm. None of these songs waste the listener’s time with unsuccessful self-indulgence and instead maintains locked down aim on providing listeners with an intense listening experience that has no small amount of theatricality.

It begins with the powerful “Nullify”. Much of the lyrics in this song are attempting to give listener’s a glimpse into the mind of someone completely immersed in drug addiction. The band provides a tight performance that nonetheless breathes quite well and moves with a remarkable combination of power and technique. The rhythm section is key to this guitar heavy music retaining some flexibility. The lyrics have some hope near the end as it is apparent the spirit inside of this sick body isn’t quite dead or ready to give up. One of the EP’s undisputable high points, “Simon Templar”, shows listeners the band’s ambitions. The music has an incredibly dynamic quality that contrasts well with the expansive lyrical content, but even when they aim for higher peaks, Saint Blasphemer never lies too heavily on the song and keeps things relatively brief which serves the song quite well.

The height of their powers blending light and shadow reach their zenith with the track “Scarecrow” and the lyrics take a sharp turn into a deeper darkness than before. Monroe’s detail in the words is often quiet frightening, but it would be disservice to the subject matter if Monroe  skimped on these terrifying details. It’s an impassioned guitar workout as well that surprisingly relents near the song’s conclusion in a dramatic way. The lyrical excellence continues with the EP’s penultimate song “A Perfect Rose” and the band continues their winning streak of tailoring their work ideally to Hudson’s writing. The same talent for alternating musical passages gives this song a lot of added oomph that increases its entertainment value. They end the EP in high fashion with the speedy jab of “Breaking Just to Bend” and the desperation in the lyrical content really gets across to the listener.

Thomas Monroe and his fellow band mates have recorded a work they should be proud of for a long time to come. They never take any shortcuts musically or lyrically and they are quite stylish despite the roar they so frequently conjure throughout this release. Saint Blasphemer’s Simon Templar is quite anything else you’ve heard this year. It grieves, rails, and screams out in tribute to the fallen loved ones who have so obviously affected his life.