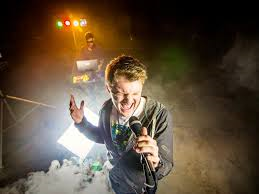 Under Your Skin EP – Scott A.F.

One would probably never suspect Oklahoma City, Oklahoma to be the starting point for dance/electronica…however Scott A.F. has rose up into our line of sight.  With his new EP Under Your Skin that recently was sent to his Kickstarter backers that helped fund this very project, shouldn’t be too worry about Scott failing at anything. Another name came to mind when I heard this EP, Conor Maynard who very much like Scott found a calling towards a more up-tempo beat that can go incredibly wrong if it is not done right. Yet Under Your Skin invokes a proper introduction to the rhythm and style that Scott gives across. The doubt was lifted the moment I heard my inner monologue say “Yeah, if this were to come on the radio, I would now exactly who this was.”

Another batch of influences that immediately come to mind is John Legend combined with Maroon 5. A simple text when it comes to smooth R&B but a hyper aware transaction that crosses paths with soul vibes that allows us to delve even further into the tracks presented. As an independent artist kicking it off with the D.I.Y. aspect, it is so hard not to just throw every bit of gratitude to this man. Creating music for the sake of creating music is felt within this EP to its core.  The track Save A Little Place has this aspect about the song that grabs your attention and makes you believe, Sam Smith may have a bit of competition with this track and this artist. While anyone can compare artists based on influences, what truly never ceases to amaze is that whenever a song can be played once and then again, it still has that pounding heart effect. For a brief moment those feelings that where captured behind the beats, mixing with the lyrics can be felt on the receiving end

Not only is dance/electronic/R&B grooves great for summer but this EP seems that even once the party is over, you’ll hear that echo of each song in pieces because Scott A.F. is someone whose music you want stuck in your head.

Right now Scott’s single Under Your Skin is in fact the perfect introduction to the Under Your Skin EP depicting the various melodies that are looped with the right industrial synth beats. Where not only are you given an insight but this track sums up the whole of the album.