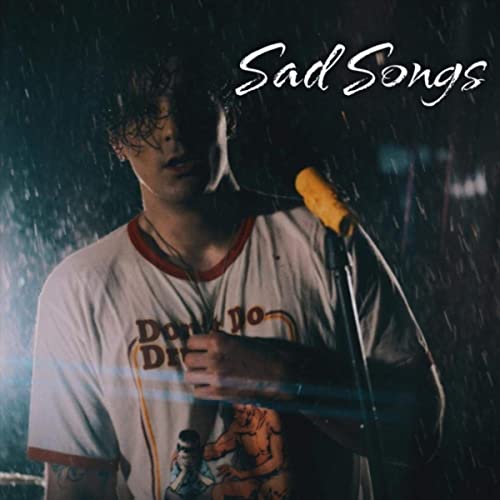 Anthemic vocals, electrifying riffs, and a percussive blast timed-out to feel like the pulsations of a breaking heart typically add up to make some real magic in a contemporary rock song, but when these ingredients are under the command of an act like Sin for Saints, what ensues in the studio is much more profound than the status quo allows for. The band’s new single “Sad Songs” is an unabashed beast of punkish adrenaline and restrained emotional outcries, and while it’s not the lone lightning bolt I think we’re going to hear from them in their career, it’s definitely winning them a lot of hot buzz right now without question.

The hook in the chorus here suggests some moderate metalcore influences, but the overarching melodicism in the song is almost incidental at this point in the track. Honestly, I think the physicality here is the main drive behind the lyrics more than anything else is, and it all starts and ends with the thrust of the guitar (which never comes in the form of a stereotypical breakdown). This is a group that values heavy sonic pressure as much as they do poetic verses, and you don’t have to be a hardcore stan to get that out of “Sad Songs.”

I just found out about Sin for Saints just recently, but I can’t get enough of what they’re throwing down in “Sad Songs” this spring. There hasn’t been a lot of exciting, organic punk rock of this strain to write home about in the past couple of years, but if this group has their way, the tides will turn in a very noticeable way in the near future. They’re leading the pack in their scene, and hopefully we’ll get to better understand who they are with a proper LP before the year is out.